*The power is on, but we're told the grid is very fragile right now and we should conserve power to prevent black outs.

*Turns out there is more than one reason to have a clean, uncluttered house.  When the power goes out and an extra five people move in, you wish you had cleaned up a little better.  Since my house was only half clean and half organized it was only half as chaotic as it could have been.  (Or only half as efficient and orderly.)

*The Japanese people are amazing!  They have been dignified, sensible, and cool-headed throughout this.  Take note, Americans!  (Myself included.)

*Also, when you're focused on surviving, you don't care about all your "STUFF".  When things are back to normal, I'll be doing a VERY deep clean to get rid of lots of superfluous CRAP.
More blankets?  Yes.  Extra scrap-booking supplies?  NO!!!

*Took my first shower today since Friday morning.  The hot water felt heavenly.  Yesterday I washed my hair in the sink before church.  Doug had to help so I could keep the towel wrapped tightly around my shoulders (it was still freezing cold in the house at that point.).  First I got my hair wet with the frigid tap water and quickly shampooed.  There may have been very loud shrieking.  Then Doug rinsed it for me with warm water we heated on the camp stove.  Ahhhhh....sweet warmth!  Although the clean hair was nice, cleanliness really isn't THAT important when it's that cold.  Turns out I might rather be stinky and warm.  I'm kind of a wuss that way.

*Doug went to work this morning and came home around lunch time.  (Although he is, of course, not seeing patients.)  It sounds like the Med Group will just basically be on call to help the Relief Teams coming through Misawa.

*We're allowed to get 10 gallons of gas, per day, per family.  Another thing that would be good to have stored.  (Although in our case, we have nowhere to go.)

*The boys wont be back in school until Wednesday.  Not sure if the school is shut down because of damage or if it's just that people want to keep their kids close...?

*On Saturday, in the midst of all this happening, when we started to hear the news of how bad the devastation was, I started feeling really depressed.  It felt like things would never be okay and never get back to normal.  It's really weird that things are slowly getting back to normal and that there are people out there totally unaffected by this.  (Just a random thought.)

*Doug is currently with some of the local branch leaders delivering supplies to Hachinohe.  Evidently a lot of their resources are being diverted to Sendai so they're running short.
*F.Y.PrepardnessI.: When I went to the commissary on Saturday, this is what was gone or going fast:  Peanut Butter was going fast.  (And I cleaned out the last of the Nutella.)  Paper Products--the shelves were empty.  Batteries--all gone.  Bottled Water and Charcoal--they brought some more out from the back while I was there and it immediately disappeared.  Candles --I don't know what kind of candle selection they usually have, but I couldn't find any.  (Doug said the "Book Mart"--which just re-opened today--was selling them, but only allowed two per family.)  The diaper selection was getting pretty picked over and I imagine the formula was all gone.  Not many people were buying cold stuff (since it was sitting there warming up) but the bread shelves were bare.

*Oh yeah:  Don't forget to put some card games and kid entertainment in those 72 hour kits.  The kids around here were going through electronics withdrawal and many were starting to twitch.


More tomorrow if we still have power.
These are the picture Doug took of our "sea side" and dock area yesterday after church.  (Even though I threatened dire consequences if he went anywhere near the beach--you can tell he's really scared of me.)  The sad thing is, this is NOTHING compared to what they suffered in Sendai and Hachinohe. 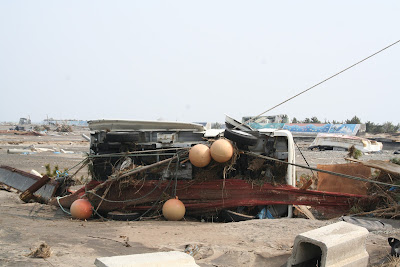 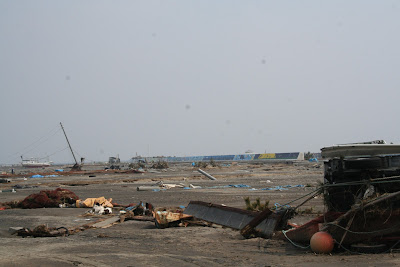 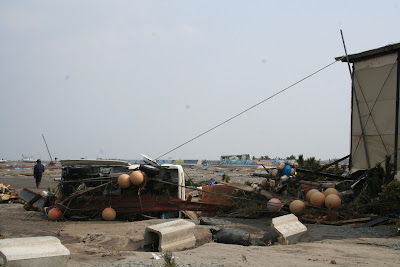 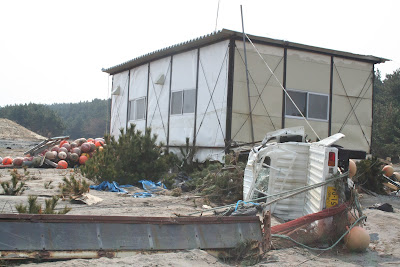 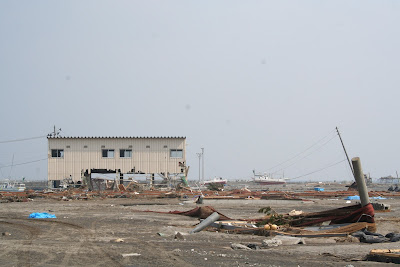 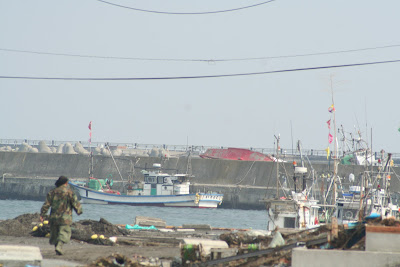 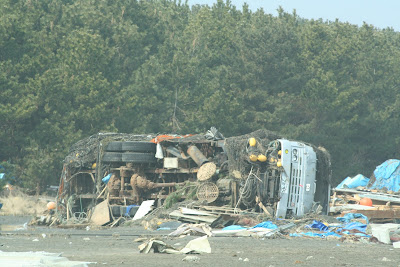 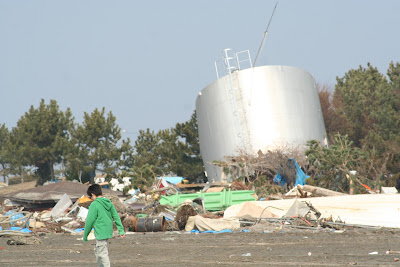 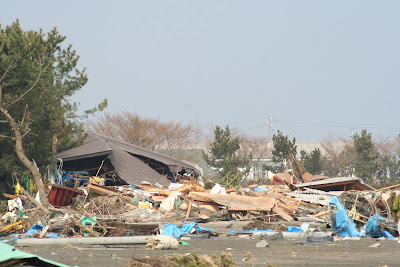 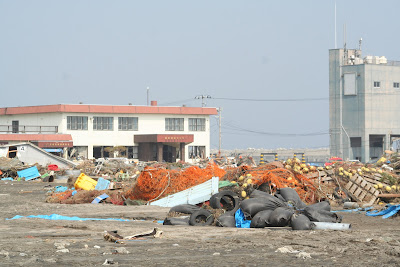 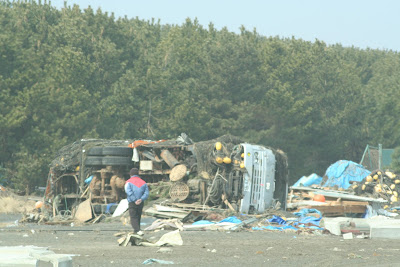 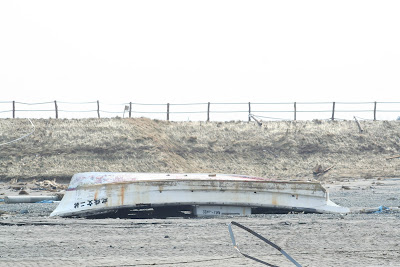 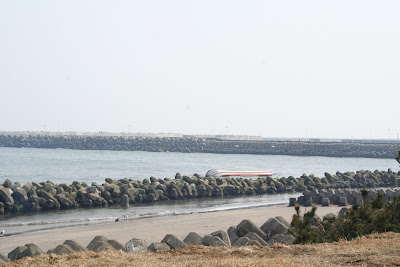 Email ThisBlogThis!Share to TwitterShare to FacebookShare to Pinterest
Labels: Earthquake in Japan, Earthquake update from Misawa

Glad you guys are safe. Although not from a catastrophic earthquake, we too had the pleasure of "showering" with frigid water while having no heat in the house. Not fun. Although, L did not hold a towel on my shoulders. I'll have to talk to her about that one.

Wow. It does make you realize how lucky you were. Still praying for you and all those who are in the midst of this ...

Thank you for taking the time to write these posts! My husband has a deep connection with Japan and it's hard to hear about the devastation there. It's good to know that your branch has been able to help out other areas so much, and I hope and pray that things will quickly be back to normal for you. I appreciate your candidness in explaining what sort of things are truly important during times of disaster, it's been on my mind a lot lately.

Emily,
THANK YOU SO MUCH For the pictures and the posts and all that you are doing to help the people of Japan... OUR hearts are so sad by the events so far... we pray for you all...deemom

Thanks for posting all your information. It was especially good to hear about the base branch helping out people in Hachinohe. I was a missionary in Japan 19609-1971, including 6 months in Fukushima Prefecture (in Koriyama, inland from the coast), and a year in the Sapporo area. I returned to Japan in 1980-83 with the Air Force, stationed at Yokota AB in western Tokyo, with my wife and 3 kids. You have confirmed my assumption that Misawa would be a staging area for US aid to the disaster area. We experienced some small quakes and typhoons while we were there, but nothing, of course, like this.