First Week of School for 2 and 3

Gabe and Sam started school last week at yet another new school. 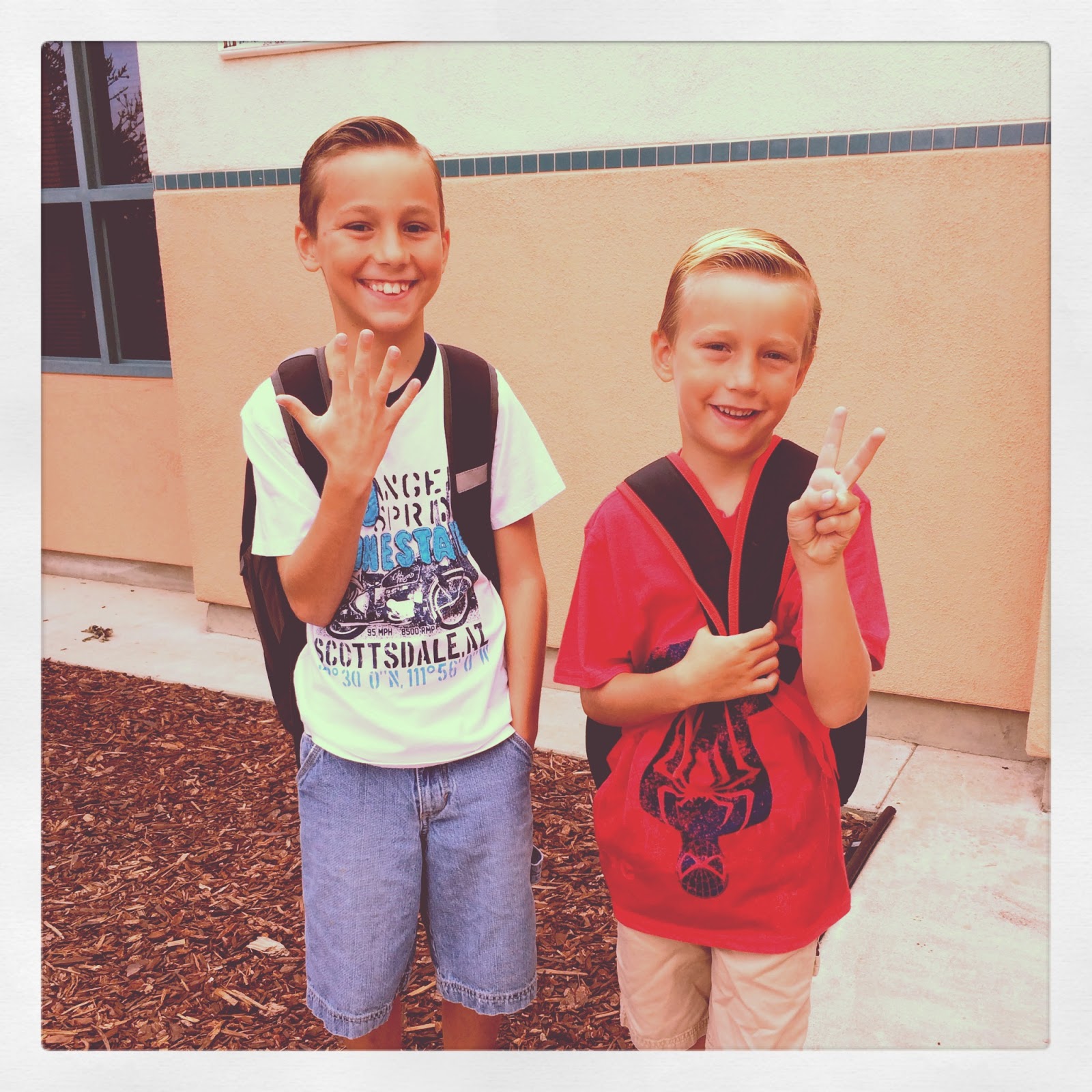 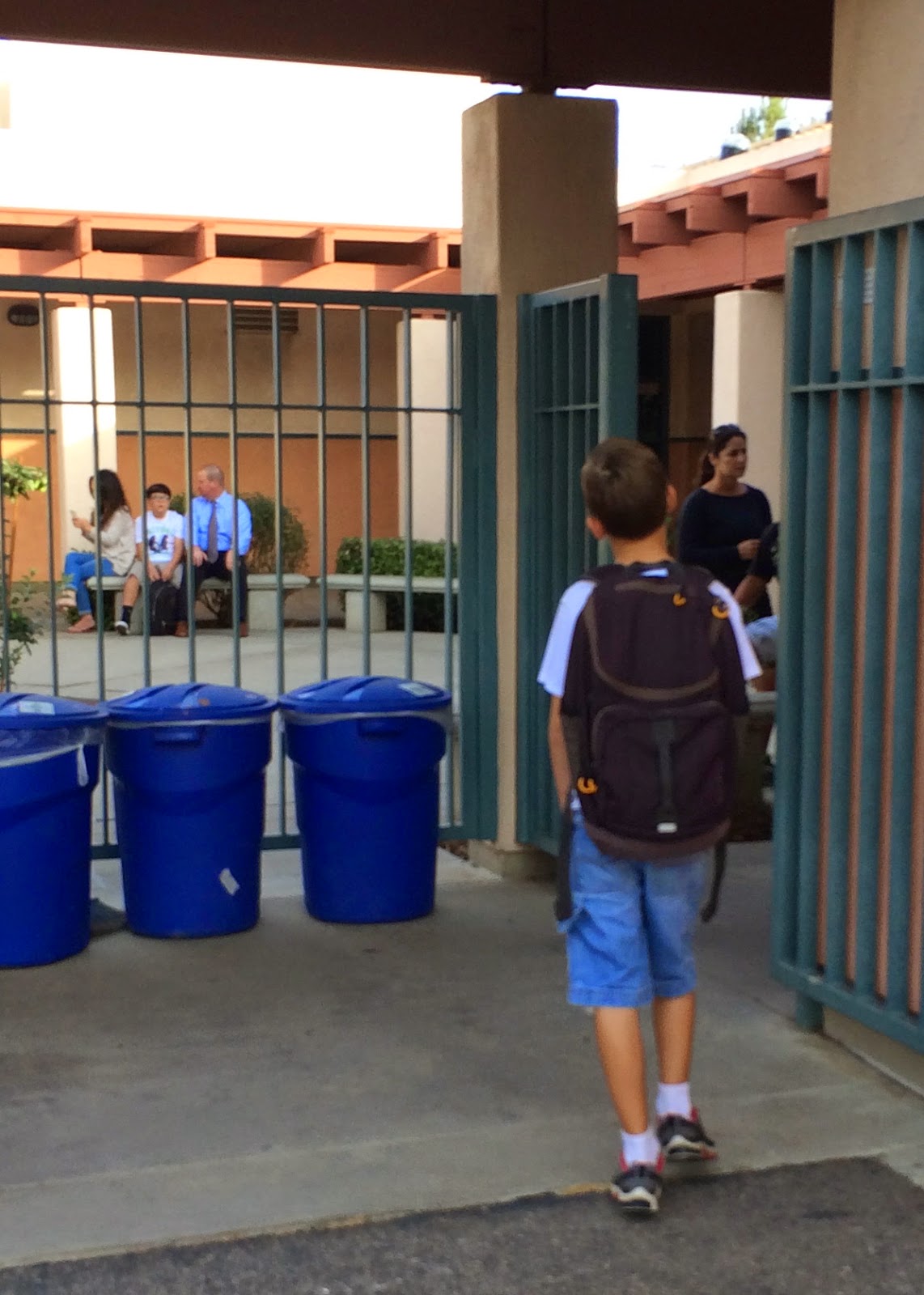 Evidently, his teacher is one of the best so we're hopeful he'll have a good year and make some good friends. One plus is that he'll be at the same school as his cousin.
(Did I ever mention one reason we left the military is because one of our children doesn't handle change well?  To protect this child's identity I'll call him S. Dub.  No, no---Sam W.
Hopefully, this will be the last big change in a long time.)

Gabey is starting 2nd. He's also been through a lot of change going to preschool in Japan, Charter for Kinder, ME for first, and now OE.
Last year he was Mr. Popular and had a million friends.  This year he's a little more uncertain about his place. I'm hoping things go well for him. I wouldn't mind if he had fewer friends, and did more work at school, but we'll see.
(Funny Gabe story: Every day when I pick the boys up I ask what they did for snack/lunch/recess and who they played with.  On Friday Gabe said "Well, at snack I played "Nut Cracker" with some boys in my class." There was a long pause while everyone pondered how to respond to this little nugget. Gabe said "You have to slide down this thing with bumps on it and it really hurts!" Ahh--so it IS what it sounds like.  I see. We all burst out laughing. I said "Maybe you should tell the boys you'd rather play tag next time.")

Two boys down, two to go!