Part 3! Trip to NYC. I still didn't get to meet Glenn Beck.

If you're just joining us, scroll down a few posts and start from the beginning of this intense saga!

NOTE: If I can't wrap this narrative up in this post, it's over and I'm afraid you're just going to be out of luck. I just can't write more than three posts about one single day. It isn't natural!

Let's commence with our story:


***We join our heroin having just arrived at the Metropolitan Museum of Art in New York City. She has walked half the length of Central Park pushing a double stroller all so her second son can use a clean restroom to take care of some #2-related business!***


We leave the restroom (having NOT fulfilled our original #2 mission) and head for the main floor. My idea is to walk to the European Paintings exhibit (my favorite) and see as much as I can before the boys implode from boredom or get bodily removed by a docent. To that end, I'm walking through a gallery of ancient statues (hoping Max wont knock any over) when I see something miraculous;


(once again, cue spotlight and choir of angels singing "Ahhhhhhhhhh!")

My own personal miracle rained down upon my head because I'm such a darn good person and because I righteously post to my blog at least 2x a week...

(are you just dying of suspense?)

The exhibit in the next gallery is titled... 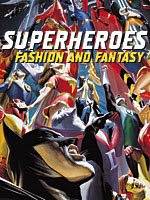 I'm saved. My boys glimpse Superman from afar and both tear off into the gallery. Yes, that's right. My boys are in a museum and they're excited and happy to be there. If you don't see the miracle in this, you haven't met my boys. 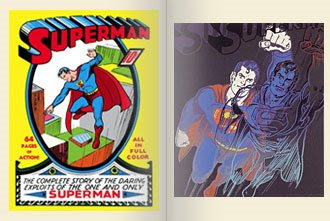 The exhibit is showcasing some of the original SUPERHERO costumes used in movies. Like the original Superman costume Christopher Reeve wore. And the Spiderman costumes Toby Mcquire wore. (Red and Black) Plus a bunch of Superhero inspired costumes and outfits made by famous designers for runway shows. And at the end, some old school comic books on display.

We spend the next half hour slowly walking through the exhibit and discussing the various Superheros and why they do what they do and wear what they wear. The boys recount to me all the commercials they've seen for various action movies and tell me all about the new IronMan movie which I've never even heard of. (His costume was on display also.) We also have a short discussion on modesty and free agency thanks to some of the ladies costumes on display. (Put 'em away, CatWoman, 'ya little minx!!) 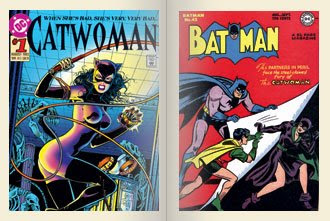 When we leave the gallery, I get ahold of Doug. He's on his way from Brooklyn and is coming straight to the museum. I'm excited thinking maybe when he arrives he'll take the boys and let me go to the European Paintings gallery by myself.

So, I lazily find a bench near the front entrance and sit down to relax for a few minutes. Meanwhile, Karie and Lori have finished their celebrity meeting and are also headed in my direction. They got to go to Glenn Beck's studio, meet him, and then stick around and watch in the booth as he filmed his night-time news show. The (appropriately named) Glenn Beck show. Karie assures me it was the coolest thing ever and I would have loved it. I plan to kick her in the shins at the first opportunity.

A few minutes later, a man in a blue coat approaches us and announces "It's 5:15. The museum is now closed. Please head to the exit." Fifty blue coat clad employees suddenly materialize from nowhere and form an impenetrable line shepherding everyone towards the exit.

Doug calls. He's just arrived and wants to know where to find me. They almost don't let him in the door but he points and waves his arms towards me and they let him pass. We exit the museum together only to find that Karie and Lori have also just arrived. They, however, don't even get as far as the main lobby. Those blue-coated museum workers are serious about their jobs and they're not letting anyone keep them from going to dinner!

We walk and talk together for awhile, then go our separate ways. The ladies have dinner plans with a friend, and Doug and I just want to find the most kid-friendly place we can. (Which is no small feat.)

Overall, it was a fabulous day. Sure, I wanted to curl up in a ball and cry a few times, but that's a pretty average day for me.

I'm VERY glad I got to see my sister one more time before leaving for Japan.

I'm also surprisingly sad that I wont be seeing New York again for a long long long time. After spending a week there when we first moved East, I feel down-right nostalgic about that city!

Well, once again, I've stayed up well past my bed time. All so I could bring you this life-changing blog post. I hope you appreciate my sacrifice in missed sleep! (Sure, Doug let me take a 2 hour nap today, but that doesn't mean I'm not still tired!)

I'll be posting again soon with more adventures from the lives of the Dubs. Only hopefully with less verbosity.*

Word to your Mother! (It's still technically Mother's Day since I haven't gone to sleep yet.)

*ver·bose /vərˈboʊs/ –adjective
characterized by the use of many or too many words; wordy: a verbose report.

Who is Glenn Beck?? Never heard of him. Seriously!

Anyway I am way better than this unheard of Ya-hoo and think you should devote all your time and energy into wishing to see me, rather than him!!!!!

...by appointment only please!

Sorry that you didn't get to meet Glenn Beck! Boo!

And you must be living right! That is more than a miracle! Congrats!

Okay reading your story made me want to crawl up into a ball and cry!

I want to go to NYC so bad - but with no children!!

You forgot having to run around a corner from our restaurant to another restaurant with a bathroom 3 times during dinner for Boy 2 to go potty!