Friday in Australia - or - "Getcha swimmies own!"

Yes, we're back in Japan.  And I have a lot of catching up to do.  But first, I'd like to address a startling accusation.  My friend Lyana said "It sounds like all you did was eat pancakes."  Patently untrue.  I also ate French Toast three times.  And Belgian waffles once.  And lots of desserts.  And the occasional sandwich or dinner item.  Yes, I may be focusing a lot on food in these posts.  But you have to understand I've spent the last 2 years, 8 months in Japan and good fish-free breakfast is hard to come by!  So YES, I've been reveling in all of my yummy breakfast options.  It's my favorite meal! (One day I ordered breakfast twice.  And I don't even regret it.)
;)  Now back to the re-cap: 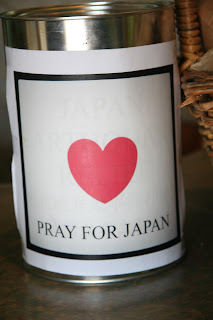 After my day of rest and Doug's day of SCUBA, we were ready for another adventure.  This time, we headed for the Cairns Zoo to have "Brecky with a Koala".  (This is where I got the Belgian waffle.  Doug got eggs and toast or something similarly boring.) 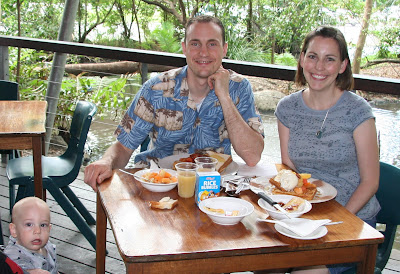 The zoo had lots of super cool animals.  For example, the Red Panda.  Also known as the "Fire Fox".  This was the first "panda" discovered but it's fame has been overshadowed by the discovery of the "Great Panda". 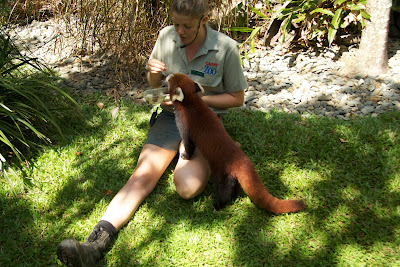 Even though I think it's cuter. 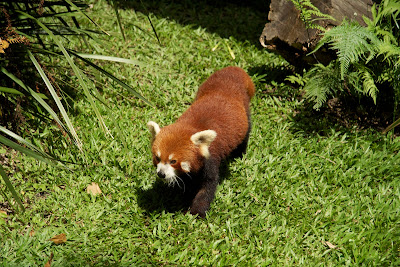 We also got to have our pictures taken holding a koala! 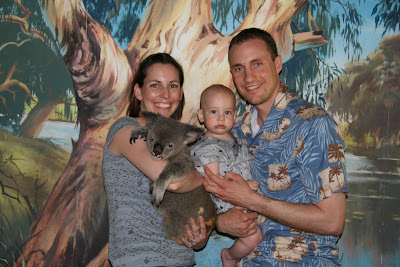 Anyway, I was a tiny bit nervous.  When I was little, I was very allergic to animal dander.  Which meant I wasn't supposed to touch anything furry, and if I did, I had to immediately wash my hands.  So I'm not much of an animal person.  I don't generally touch things with fur if I don't have too. 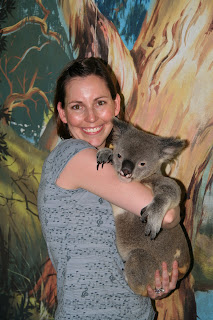 But I was brave and posed for the photo-op.  And when the koala lady took Buster back, my hand was covered in koala poo.  Squished right in there.  I looked at my hand, looked at Koala Lady, looked at my hand...she said "Oh, just shake it off."  and "Ah, it's good luck!"  And then I wanted to cry, boil my hand, and cry some more.  But I was brave and survived one more photo before running to the sink.
After the zoo, we went to the beach.  Interesting fact:  Cairns proper doesn't have a beach.  Just mud flats!

If you want to go to the beach, you have to go up north a bit.  So we went while we were in the neighborhood.  The beaches were BEAUTIFUL.  BUT--it's still "stinger" season so the only place you can swim is where they've sectioned off an area in the water and surrounded it with nets to keep the jelly fish out.  So that's where we swam.  With every other person in town.  But the water was warm (hopefully not from all the kids nearby) and beautiful and the sand was pretty and we had a great afternoon playing in the water with Gray-Gray.  (And speaking of sand, we got some more to add to our collection.) 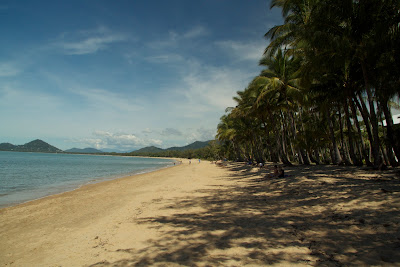 That evening we ate at a yummy sea food place.  I asked what the "catch of the day" was.  The waiter said (and I quote)  "Salmon!  Actually, it's white fish caught locally, but we call it Salmon!"  That's what I ordered, and it was the best white fish salmon I've ever had!

Did you know...?
They use dollars instead of pounds here?  But all of their coins have Queen Elizabeth on them.

In Japan, people say "hi" a lot to respond to anything you may say.  Here they say "no wahrees!"  (no worries.)

Like Japan, the national policy is to NOT TIP!  Doug luuuuuuuuuuvs this.  He HATES tipping!  (I was a waitress once.  Only for a month, but I still leave big tips.)

Email ThisBlogThis!Share to TwitterShare to FacebookShare to Pinterest
Labels: Australia

I enjoyed your post, and your vaca from fish for breakfast. Great photos and animals there. And thanks for sharing those words, a dummy is pretty funny. my granddaughter calls hers a binga

Emily, fun post!:) The way you write, I can picture you saying all those words in person-haha. No tipping? Fantastic. Grayson is super cute!!!!