I've been meaning to jot these things down...

About a week ago Sam (almost 7) came downstairs after already being tucked in.  I asked if he wanted to cuddle with me on the couch for a few minutes and started talking to him.  I asked him about school, his new teacher, etc.  Then I asked "How's Alexis?"  Alexis is the girl that he declared to be his girlfriend a few days before the earthquake.  I said "Is she still in your class?"
Sam:  "No..."
Mom:  "Is she in another class, or did she go home?"
Sam:  "Well, when the earthquake happened, I just turned around and looked at the playground, and she was just GONE.  Sooo...I think she died in the earthquake!!!"
Me:  @(#$(@!!! in my head...
Me:  "NO Sammy, she didn't die!  She just went back to the states to visit her family!  Just like Miss W.!  (his teacher) She's probably staying with her grandma and playing with her cousins!!!  NOBODY from our base died!  Everyone in Misawa is safe, but a lot of them didn't like the earthquake or the power being out so they went home to visit their families for a vacation...!"

My heart about broke thinking he'd been carrying that around for weeks.


After Max's recital in Hachinohe, we drove down the the sea shore to check out some of the damage.   Gabe (almost 4) started freaking out whenever we went by the water.  He didn't want a monster to get him.  Turns out, he thought that the "tsunami" he'd been hearing so much about was some sort of sea monster/dragon that was going to jump out of the water and get him.  Yikes.

Here we'd been thinking the boys knew what was going on... 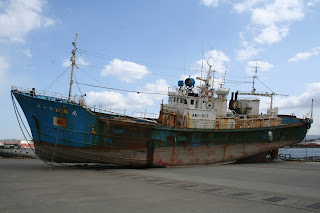 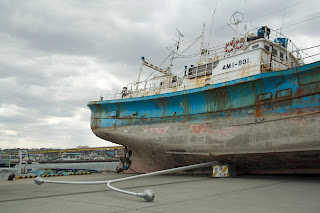 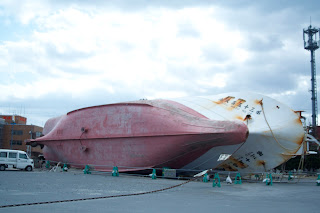 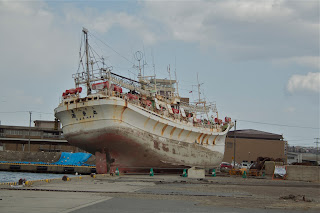 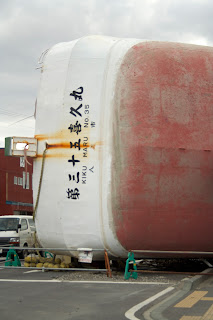 :( Give them a hug from Aunt LaLa.

Those sweet little guys! How sad! Give them a hug from me too! :(

Oh my word!!! I had no idea kids were feeling that way. Guess we should all sit down and cuddle with them on the couch to find out what they are thinking. Way to go, supermom :)

Oh man!! It's SO HARD to know what gets through and what doesn't! I struggle to explain to clara without going too far, but I worry that if I don't give her enough fact her imagination will take off! I think you're doing a darn good job though emily! : )

I'm new to following your blog I found out about it from your cousin Korinne (a good friend of mine from HS). Anyway I think there is a new family on your base from my town (or at least his family is). Their last name is Stockton. Do you know them?

Oh my heart... how sad ....I keep hoping the shaking will stop and some how things can start get get some kind of normal..again we continue to pray for all of you!

This breaks my heart to think that your boys were anguishing like this without you knowing. I am so glad that they were able to talk to you and get things sorted out!

I just found your blog and i have to say that for me I love it-I lived in Misawa for 5 years. We had a couple 7+ earthquakes when we lived there but for the most part when we would have earthquakes we would sit around and debate wether it was strong enough to get in the door way!