*THANK YOU to all those who offered to help me acquire the World Market ornaments!  My friend Diane got me two sets and she says they're on the way.  (Yay!)  :)  Dear Diane,  Just so you know, I've been searching this country high and low for a Japanese-y snow globe for your daughter.  I haven't found one yet, but I'm still looking.  I have high hopes for Doug finding one in Sapporo next month.  Cross your fingers for me. (Keychain=no problem.)

(*) (Speaking of Diane, we met and became friends when our husbands were co-residents in Lil' Rhody.  We also had babies about the same time. This is one of my favorite blog posts ever and it happens to feature said babies.  And yes.  That is Jaren's real hair.  And Gabe's real lack of hair.)

*Interested in an irrelevant kid movie review?  I'm talking about "Up" and "Despicable Me" over here.  (Spoiler alert:  Despicable Me wins!) 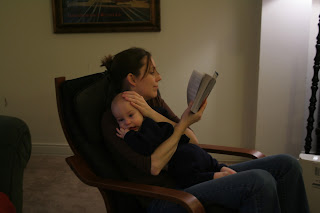 * Baby Gray is nine months old and cuter than ever.  He knows how to wave, is very good at making kissing noises, (he doesn't cuddle without being forced) and he arches his whole body and throws his head back to signify extreme hunger.  (In other words, he gets himself into nursing position.)

Now that he's mastered crawling (finally) he follows me around the house from room to room wanting to be picked up.  He's hard to resist when he pats my legs and looks up at me with his pretty gray eyes. 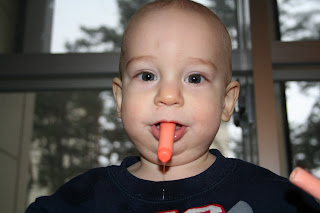 (Yep. Still gray!)
(And yep.  Another drooler.  Nerf ammo notwithstanding.) 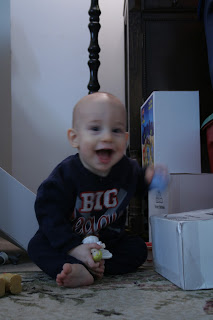 *Guess what Doug and Max got to go see? 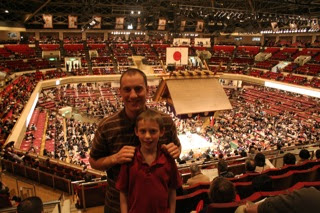 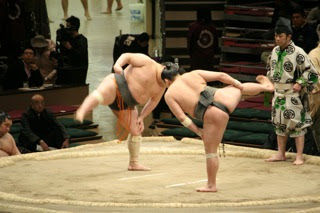 *Sam says it's not appropriate because they're not modest.  Sam sure is cute when he's not being a punk!

and speaking of Sam and who(m?) he wishes he could live with instead of us...

*Dear Roxanna,
Can we still be friends even though I always blame my family illnesses on you and tell people to call you Roxie?  Please?  I promise to start hurling accusations elsewhere!  Pinky promise!

I am so glad she found those ornemants! We looked in California, but the store was all out. I am so glad you have some coming!

I really want to watch a really Sumo match. Even if it's immodest! ;)