On Monday, October 31st, driving to school to pick up Sammy, I happened to note the temperature on the car thermometer.  It was 72 degrees. (fahrenheit)
Yes folks, 72 glorious degrees with sparkling clear blue skies... 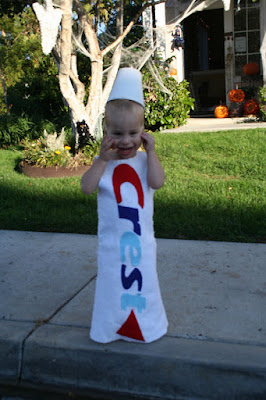 No worries about bundling up and figuring out how to show off a costume buried in coats and scarves... 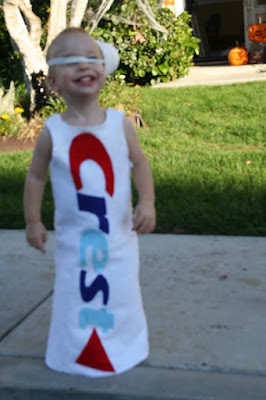 ...no coats were necessary! 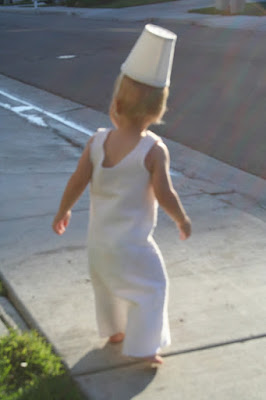 And happily, no trick-or-treating in the snow.  (Something I did more than once growing up in Utah.)
(Frankly, Gray could have used a long sleeved shirt and possibly SHOES, but I was in a hurry to get to the dang ward Trunk-or-Treat*.) 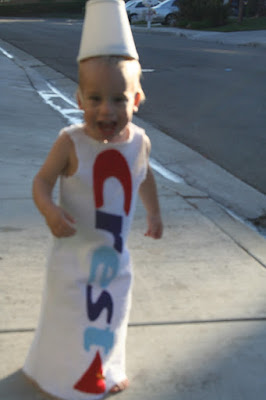 It has been getting chilly when the sun sets, and Halloween night was no exception.  But that just made it all the more perfect.  That meant we were completely justified in making a fire and having Hot Chocolate that night.  (Because everyone needs more sugar after a church party and trick-or-treating.) 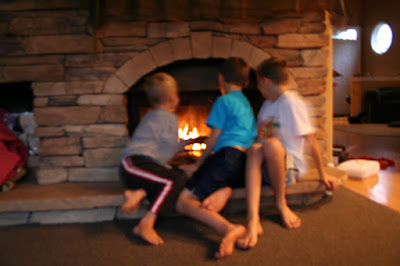 And THAT is why we chose to live here over any other place in America or abroad!  And why YOU should come visit!

P.S.  I realized when I downloaded the pictures that we didn't get any of the other boys in their costumes.  Maybe because they were sorta lack-luster repeats from last year.  Max was Darth Vader--again--but didn't want to wear the mask, (because the foam fell off so it isn't comfortable) Sam was Obi Wan Kenobi--again--with no light saber, (because he couldn't find any of the 38,000 light sabers we own) and Gabe was Transformer Bumble Bee.  (New this year from Costco.  He actually was super excited about his costume, but still managed to avoid being photographed.  Mom fail.)

And of course, Gray was a little tube of tooth paste!  Costume made by me many years ago for Max in San Francisco.  I didn't even have a sewing machine back then so I put it together with "Stitch Witchery"--the tape that melts when you iron it.  The hat was a made with a lamp shade from Target.

Yes, I know I'm awesome and I should start a craft blog.  Sorry--I'm too busy being awesome at other stuff.  Super important stuff you wouldn't understand.

*which was very fun, but made the evening very rushed and hectic!

Email ThisBlogThis!Share to TwitterShare to FacebookShare to Pinterest
Labels: Halloween