Max and Sam's First Day of School and a Sam Update 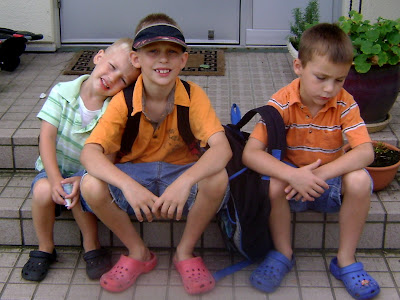 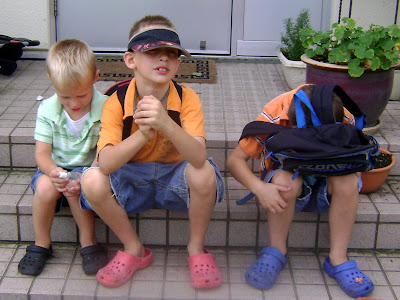 He cheered up a little once we got to school, though. 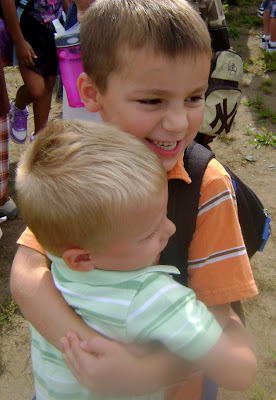 ("If I have to hug my brother, I'll squeeze him super tight just 'cause I'm a punk!")
It's been a good year so far.   Sam has had a few more irrational melt-downs than usual, but he's (slowly) adjusting.  He told me last night "The thing I don't like about first grade is when my teacher tells me we're doing an activity, and then she gives us a paper.  We get SOO MANY PAPERS!!!"

He likes his new teacher and class though and has only been sent to the principle for fighting once.

(Yes, I did give him a lengthy lecture and told him to direct his helpfulness towards the VICTIM next time!!!)

(Yes, I did bang my head against the wall wailing "WHY?" and wondering where I went wrong as a mother.)

(So far both of our school age sons have been sent to the principle for fighting.  Max twice last year.)

(Yes, I did decide it must be all Doug's fault.) 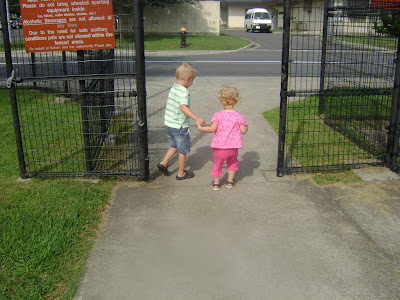 I'm placing all my hopes and dreams on Gabe being my angel child.  (No pressure Gabey!) 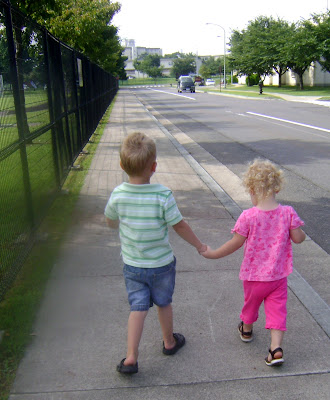 So far so good.


But cross your fingers for me just in case.

It's just a matter of time before we get called into the principal's office. Kody is in the middle of the kissing tag wars and every day he tells me of a new weapon he is developing to keep the girls away.

You can move to Switzerland and get praised for fighting. Moms encourage it on the playground and actually yell at other moms for interfering. Makes 'em tough, they say.