Doug is Great...Gives Me Chocolate Cake!

Actually, he doesn't give me chocolate cake.  (See Freakishly Healthy post below.)
But he's STILL great.
For our 10-year anniversary, he took me (and Baby Gray) to an Onsen Resort.  It was my first experience visiting an Onsen and it was extremely not even remotely traumatic.  But more (much more) on that later.

We had a great time!

This was our Japanese-style tatami mat room during the day:  (Wish we had gotten a picture of the pretty view out the window.) 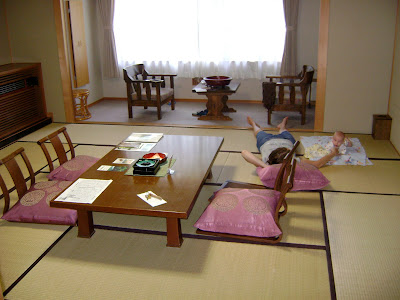 This was what our room looked like when we came back after dinner: 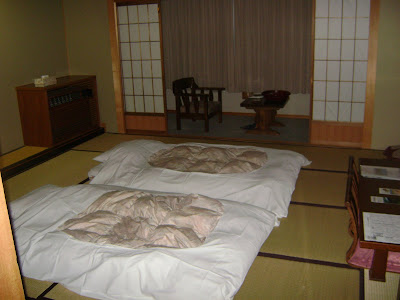 This is what Doug looked like in his yukata after his visit to the Onsen after dinner: 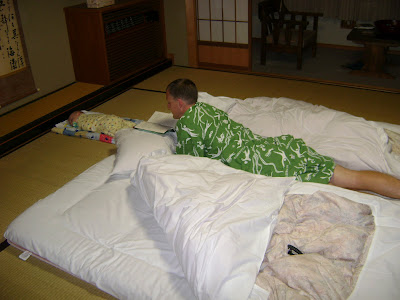 (The yukata are provided by the resort and it's acceptable (and common) to wear them around the hotel including into the dining room.  We both wore ours to breakfast.)

Also, although we weren't supposed to get each other gifts, he got me this: 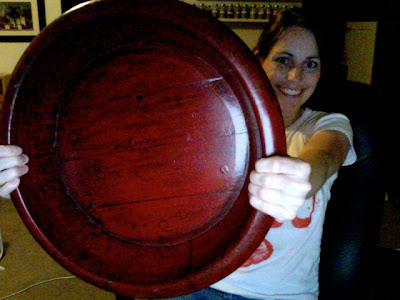 I love it!!!  He found it at an antique store in Tokyo on his Fuji trip.  (Did I mention he hiked Fuji?  See his blog for pictures.  Luckily my friend Janeen was also on the trip and convinced him to fork over the dough and buy it for me.  Thank you, Janeen!!!) 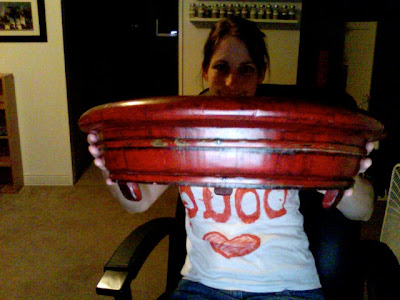 He also threw this little number in the bag as a bonus present: 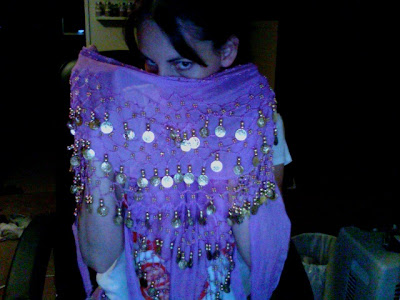 (Okay, actually, Janeen slipped it in the bag as a joke with a very romantic note she wrote and signed--for Doug.  We laughed a LOT.  She was storing my bowl at her house so I wouldn't find it.)

I got him this:

It's never to late to give the old ball and chain some subtle hints, right?

(Don't worry, I also got this one on the off chance there is something I need to improve on.  As if.)

Since the resort is at the base of the Oirase Gorge we spent some time up there.
I brought my tiny travel watercolor set, Doug took his camera and strapped Gray into the Baby Bjorn.
(I think this first picture would be award worthy if not for the tiny slouching painter on the rock messing it up!!) 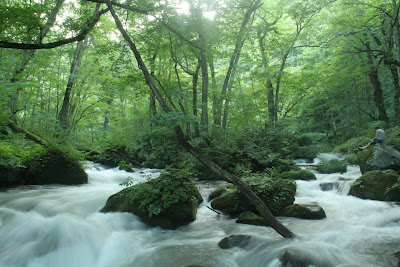 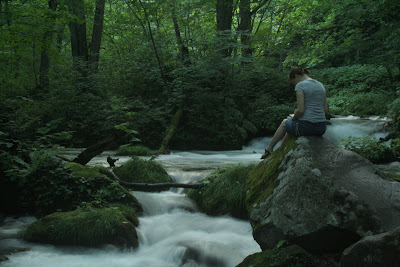 All in all, a pretty great anniversary. 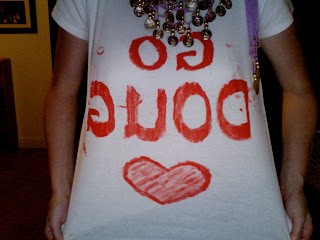 P.S.  I'm wearing my (obviously professionally made) GO DOUG t-shirt today because Doug participated in his second ever triathlon.  I'm not gonna lie, it was pretty awesome of me to show up--I COULD have slept in.

Oh yeah, and he did pretty awesome too.  He beat last years time by four minutes.  It's like I keep sayin'...
GO DOUG!!!

P.P.S.  I'd rather stick hot pokers under my finger nails than participate in a triathlon.

Very awesome! I had no idea places like that existed. Happy anniversary!

That is a completely awesome amazing aniversary trip! I felt the painter added just the right touch to that beautiful picture.
and GO DOUG... that was extemely amazing to do a second trithelon!

My husband just completed his first triathlon. Tell me the second one gets better please. I am right there with you on the pot stickers...

Cool hotel room. I always wish I could wear my hotel robe to breakfast, but it never seems the thing.

And you could stick the hot poker under all twenty of my nails if it would get me out of the triathalon. I took a step class last week that left me with aching knees.