This place was actually really cool.  The majority of the temple, including the largest main building, is closed for renovation until something crazy like 2019.  But that's okay because we spent most of our allotted time here in the "Sando" (approach).

Zuiganji Temple and Grounds
Right inside the gate to the grounds is this shrine for babies who've died or been aborted.  Hence the bib he's wearing.  (Yes, it really is a bib.) 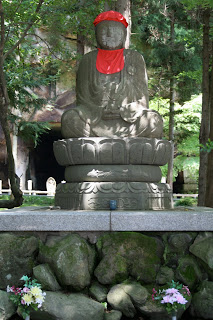 Next you walk past all of these super cool REALLY old caves filled with carvings on your right: 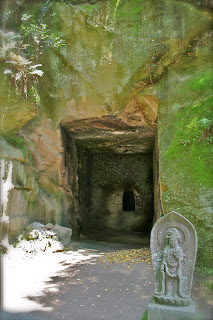 And a beautiful Cedar forest on your left: 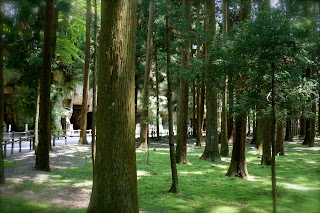 Sando (Approach)
The cedar trees on both sides of the approach to the temple are about 400 years old.  The atmostphere of  a separate side path with caves and stone monuments is quite solemn.  People who visit the temple can cast away their sins while passing through the approach. 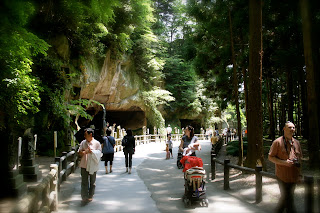 Zuiganji temple caves
Originally used as an area for memorial services and a cinerarium to house the ashes of the deceased, making of these caves dates back to the Kamakura period (1192-1333) and they continued to use them until the Edo period (1603-1867).  In ancient times, Matsushima was called the "Koyasan of Tohoku" --a sacred, hallowed ground where many went to pray for safe passage to the Pure Land in their next life. 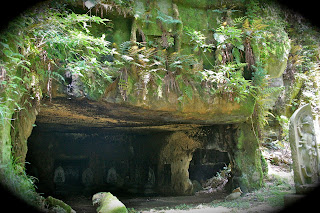 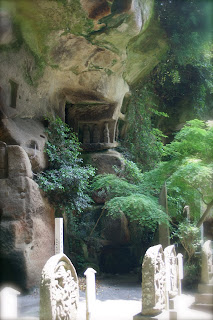 Zuiganji Temple
Founded in 828 as a temple of the Tendai sect.  It is now one of Tohoku's most famous Zen temples, well known for it's beautifully painted sliding doors (fusuma).  The original temple was built in 828, but was destroyed and subsequently rebuilt and dedicated to Kosai by Masamune on 1609.  Its architecture is Shoinzukuri, which was typical during the Momoyama period.  The adjacent building, Seiryuden, house an excess of one thousand cultural treasures associated with Zuiganji and the Date clan. 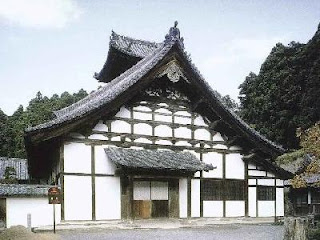 Email ThisBlogThis!Share to TwitterShare to FacebookShare to Pinterest
Labels: Travel Adventures in Japan