I Can't Help It If I'm Smarter Than You!

I know, I know what you're thinking! "Hey Emily, did you even go to college?" YES I occasionally went to college! And just because I only have a 2-year degree to show for almost 4 years of school, doesn't mean I'm a dolt! (Though it may mean I'm lazy, unambitious, more interested in parties than homework, and math inept.)

[I think Charles De Mar said it best to Lane Meyer (John Cusack *sigh*) in Better Off Dead: "Lane, I've been going to this high school for seven and a half years. I'm no dummy!"] 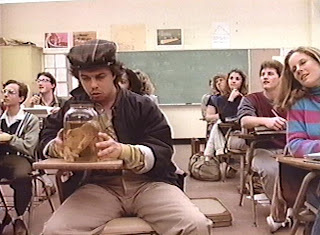 "But Emily," you're bound to say..."doesn't Doug have a Bachelor Degree, Masters Degree, and Doctorate Degree???" 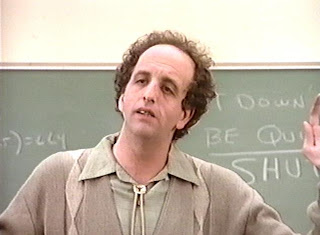 "PISH POSH!" is what I say to you (with contempt) and most of all to HIM! I'm still the smart one in this relationship, and I will now proceed to prove it with the following REAL LIFE example:

Lately, the tub/shower in the upstairs bathroom has been acting up. When I try to fill the tub for the boys, I cannot get the water to stay warm. It starts out hot, then quickly gets tepid. So I turn the nob higher and it gets warm for another minute then cools off again. I've learned several tricks to combat this. Turning it off and back on again twelve times will sometimes give me twelve bursts of hot water. Sometimes just immediately turning it as high as it will go will give me half a tub of barely bearable warm water. The strange thing, though, is that this temperature fickleness doesn't effect the shower. If you turn on the water, and immediately switch over to shower, the water gets warm and stays warm. (At least for awhile and then it may or may not freeze or scald you.) The other thing is, I checked the sink. Endless hot water comes gushing out of it even as the tub is struggling to stay above frigid.

These observations led me to conclude that hot water is indeed making it into the upstairs bathroom and the problem is with the tub alone. 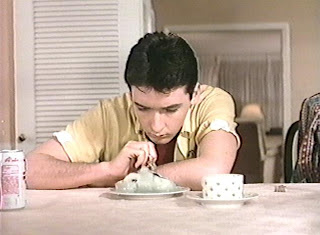 Which brings me back to my geniusness. (Geniuses can make up words if they want.) When this started happening I noticed something printed in very small blue letters behind the water handle. "Symmons Temptrol". "Hmm...Temptrol. Sounds like 'Temperature Control.' Maybe," I thought to my brilliant self, "there is some built in mechanism that prevents the tub water from getting too hot...so as not to scald innocent little children or stupid people. And maybe that mechanism has malfunctioned and needs to be replaced."

At first I kept this theory to myself but as the problem became worse and worse, I decided to voice my suspicions to Doug.
"Hey Sugar Lips," I said sweetly, "I noticed on our bath handle thingy (geniuses can still say "thingy") that it says 'Temptrol'"...then followed this with my theory.

He listened, then proceeded to get this look on his face: 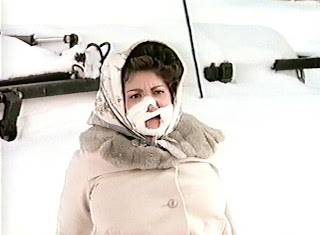 One eye scrunched into a squint while mouth on same side twisted into a half exasperated/half incredulous sneer. This is the look that means, "Um, remember how I'm a science geek and a man, and you, to put it mildly, are not!?!"

What he said was something like this: "Yeah, I don't think that's the problem. It's probably the water heater." (You may recall I had previously ruled this out as extremely improbable.)

Anyway, I let it go for a few days. Then, after yet another too-cold bath for the boys, I decided to check my theory on-line and googled "Symmons Temptrol".

I could go into great detail about how satisfying it was to find all the different conversation threads and posts from frustrated bathers to plumbers with my EXACT same problem who were told EXACTLY what I told my sweet and adorable husband...but I'll spare you.

Suffice it to say, as Maxwell so aptly put it a few weeks ago,
"Daddy, you're the biggest and Mommy is the smartest." 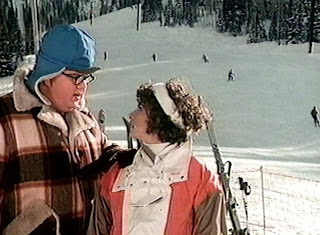 I think that sums it up brilliantly!

POST SCRIPT: I e-mailed my brother telling him to read my blog. After all, he's the one who first rented "Better Off Dead" in 1985 so I thought he'd appreciate this post. This was his e-mailed reply:

Crap, If I'm gonna blow 10 minutes of my day sifting through your verbal diarrhea for nasty little nuggets of wisdom or lugubrious lumps of humor, I should at least be able to know what the h#!! happened at the end of the story!

Oh well...you win some, you lose some. So for all you men out there who missed the entire point of this post and just want to know what happened, the answer is NO! It hasn't been fixed yet. The dang thing needs to be replaced! It's the MECHANISM!!! Sheesh! Ya happy now???

*This blog does not condone swearing unless I'm the one doing it.

I'm glad to know that Max has a clear grasp on who is who in the family. He clearly takes after his mother! Good job, Em!

that's a great story. unfortunately, based upon the # of times I tell my kids, "Hmm, I'm not sure. We'll have to ask Daddy (e.g., what's inside our bones)," they're totally convinced that he's the biggest and the smartest. but I'm the PRETTIEST. :)

that is truly awesome. all Camden tells me is that I have the biggest butt, compared to him and Aidan. Nice, huh?

Funny...that totally reminds me of a comment made to me this week by someone:

"Just because you're getting your Ph.D. does not mean that you are smarter than I."

One definitely has to question the intelligence of someone who enrolls in school FOREVER!

Emily, this is your cousin, Katie Hoffman Allen. You are so hilarious. As I was reading this and laughing out loud, my daughter came over and said, "It sounds like something funny is going on over here!" Thanks for the laugh. :) Katie

You are funny and I appreciated the Better Off Dead Pictures. Mrs. Dub and I were always major fans of Charles Demar

Before you get a big head from all the "you are so funny" comments just know that I know the truth.

Get your tentacles off me!

I just love reading your posts. This is great! Wasn't Better Off Dead a great movie? We own it. Thanks for the laughs. Love it!

all i have to say is:

"do you know the market value of this snow?"

GET A NEW JACUZZI, NOW THAT WOULD BE SMART! VERY FUNNY - THANKS I NEEDED A HUGE LAUGH
LOVE

I WANT MY TWO DOLLARS. FHP

The hot water dilemma has been mirrored over here with a twist. The luckiest one with the first shower would be privileged to have a lukewarm (who’s Luke anyway) shower. The second individual would have a nice hot one. For months I was told that the water has to travel farther to get to the master bath, or the hot water heater thinks it’s full of hot water and needs to be emptied in order to refill. Well after much whining among myself, the builder’s plumber and our neighbor who happens to be a plumber. Mark finally got out the ole’ screwdriver and removed the facet handle thingy. Behind it was some type of scalding guard.He removed the offending item and now we all get hot showers or multiple baths if you are 5 or 7. As for who is the smartest, prettiest, nicest well...

that IS the best movie i have ever seen