Evolution of a Pinch Pot Snowman

I saw a really cute snowman on Etsy and decided to see if I could turn it into a project for Homeschool Pottery in December.
So working from memory, I made this guy: 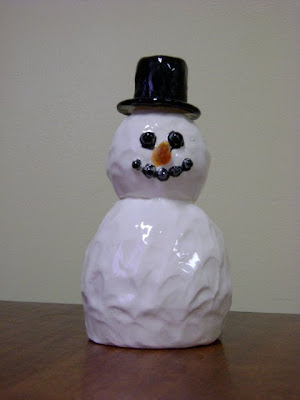 Not cute. Kinda creepy.
I tried again changing the proportions: 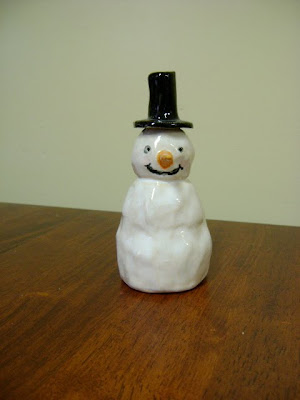 Better, but still "eh...!"
Later, I made another one with my students adding a "pickle nose" per Samuel's instructions.
(From a favorite Snowman story book of Miss Judean's.) Getting cuter!
(Both arms have already been glued back on twice. I'm thinking next year I'll just poke two holes and use real twigs that can be removed for easier storage.)
Finally, I looked up the original and copied it almost exactly: 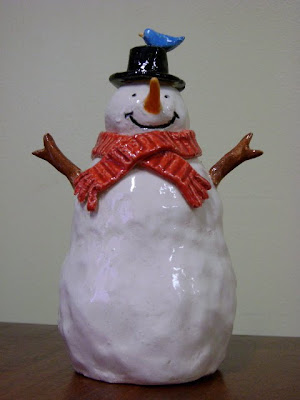 Now THAT'S a cute snowman! Thank you for the prototype, Etsy potter! (I promise not to start selling these!)

Email ThisBlogThis!Share to TwitterShare to FacebookShare to Pinterest
Labels: Pottery

Now I want to come all the way to Japan so I can get one of these (and the turkey).

You are so creative!!!!
The first one reminds me of Doug.