Not as long as Seven Years in Tibet, but adequate to get the job done.
Confused?
Last week we took a trip down to Kyoto for our first "in Japan" family vacation (probably last--it was exhausting). We left (via Shinkansen aka Bullet Train) Monday morning and came home Thursday night. (Kyoto is the setting for "Memoirs of a Geisha" and the former capital of Japan.)
Turns out our three sons don't care much about the changing seat of power in ancient Japan or the historical significance of Buddhist or Shinto temples and their place in Japanese Religion. But they DO like bullet trains and Samurai swords. So the trip was a win/win for everyone.
Rather than re-cap the WHOLE TRIP, (we packed a lot into 4 days) I'll just mention some highlights and lowlights. And I'll probably spread them out a bit. Cause, for example, right now it's bed time and I should be upstairs helping Doug.
But here's a start:
Visit to The Imperial Palace--where Emperors held court. The structures were often destroyed by fire and then had to be rebuilt. (You'd think at some point they'd have started building with more stone. But no.)
Highlight for the boys: lots of gravel to pile into "pyramids". Seriously. We took a tour this day and visited three different places. They're favorite part of the day was the gravel.
The GRAVEL!

*Note: The color Vermillion scares away evil spirits and is also thought of as a HAPPY color. The white gravel in the inner courtyard represents purity. 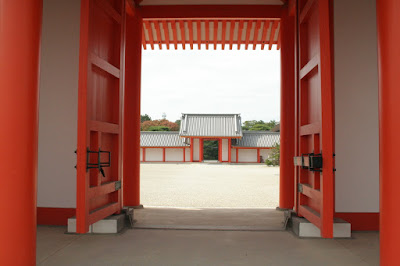 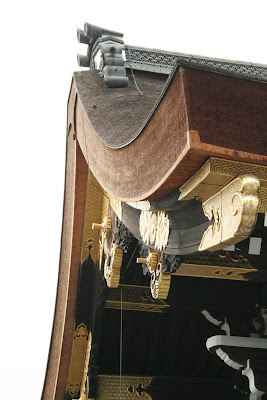 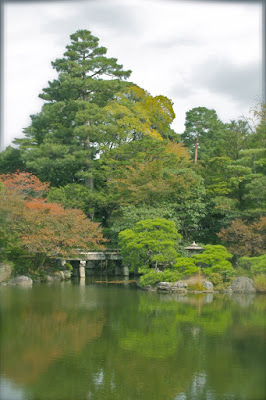 *Note: "The Oikeniwa Garden is a strolling garden, the main feature of which is a large pond with an artificial shoreline..."
Lowlight: Boy's playing in gravel all day makes for three REALLY FILTHY boys!
Note to self: Gravel and Crocs are not a good combination.
Each night ended in all three boys in the Hotel Tub soaking their nasty black feet. 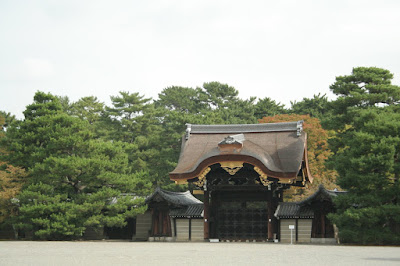 I think the trip looked beautiful and I would have appreciated much more then the gravel, but hey I am not a young boy. Young boys are known to appreciate the dirt, messy, insignificant stuff...that's just how they are made. Glad you got to get away, even if it wasn't all the way back here to see ME! :)

It makes me happy that you are posting pictures of your trip. My son served an LDS mission for two years in Fukuoka Japan, and he got home in March of this year. I really miss the pictures of Japan that he used to send home. When he got home, I made a bound book with pictures of all of the landscapes and buildings he had taken in those two years. It was 119 pages long - each picture filled the page - no words. It's one of my favorite things to look at. Japan is stunning.