Six years ago, Doug was working on finishing his undergraduate degree at BYU and planning on entering Dental School. Somehow, he got it into his pretty little head that it would be a good idea to join the Armed Forces to help pay for school.

I was opposed to the idea. I mean, it's a little terrifying having to turn your life over to strangers who basically own you and determine where you live for a set number of years. (One reason I never served a church mission! But at least the church uses Divine Inspiration to make these decisions!)

Anyway, one of the arguments that helped win me over was the "we'll get to travel and maybe even live in a foreign country!" one.

Well, that was a low blow.

'Cause see, I've always wanted to live in a foreign country--or at least travel extensively in one--and this seemed like the only way. My dream was to go to England, but anywhere in Europe would be a dream come true. 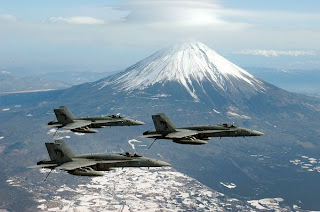 So here we are with one year left of his residency. That means one more year before he begins his three year repayment.

Until recently, the location we'd be spending our three year repayment was up in the air.

Well, not any longer.

And I'm still processing it.

And probably will be for the next twelve months.

So if you want to know more you'll have to Click HERE.

Email ThisBlogThis!Share to TwitterShare to FacebookShare to Pinterest
Labels: Air Force, Not England

WOW! How exciting...and scary...and exciting! :) I think I'd be a little overloaded too!

Okay, I know you really don't know me. But, you really should! We are 2nd year medical residents. We could not survive on the pennies and through much anguish signed with the Air Force this past January. They significantly subside our income now. In return we owe them just under 3 1/2 years in 18 months. (when he becomes a board certified MD) I called people ALL over the country and networked and we made were not jaded. We felt like the AF was a fit for us. But, the agony of where our future is to go! Will he be deployed and for how long?....
agh!!!! What if we have to go to Japan??? aghhhh :)

EM!! That is so cool. When I was thinking about going on a mission (which never happened, thanks Michael! Seriously - THANKS!) I always hoped it would be to Japan! That is going to be awesome! COngrats! (you will love it when you get there, I am sure!)

What a good attitude you are trying to have! Good luck!

wow!! Very exciting and scary at the same time!! Keeping up the good attitude will help alot and things will be great. Are the boys excited?

Okay, you don't know me either but I saw your note of Lacey's blog so I tracked you to here cause of the Japan comment. My husband served his mission in Japan (and of course loved it), and I'm sure I'm biased because of his love for the place, but I would totally take my family there. However, our life doesn't involve travel for for the whole family--just for my husband. Good luck! (sorry, my blog is under construction, so for now this will be a weird comment from someone you don't know :)

Wow Em! What an adventure. Hey, maybe we could come visit!

Just so you know, you're ALL officially invited!!! (Even you strangers...can you tell I'm desperate?)

But I have a feeling very few people will actually want to sell their first born to pay for the plane tickets so I wont hold my breath. *sob*

Wow, Em. I can understand your apprehension; however, I'm sure it will be one grand adventure!

Emmy if i strike it rich soon I will TOTALLY come visit! YAH BABY!

Keep your chin up, gal. I know you must feel down about it, but time will fly by. I promise.

This is so awesome! You are gonna love Japan! I just know it. I don't think you realize all the great shopping available in Asia. And what about the cherry blossoms? You need to (re?)read Memoirs of a Geisha. Our next trip is supposed to be to Italy, I'm gonna try to talk Matt into coming to see you guys. How does Spring 2009 look for you?

Wowee! First, your post was so fun to read. I was almost squealing as I waited for the connection to be made...Japan! How fun. I thought it was going to be somewhere like North Dakota (the Army sent our friends from Michigan there). Japan is exciting. And one of my dearest friends grew up and served a mission there, so if you need a link, let me know. Good luck from the Freemans.

Hi again.
So I've been thinking about you. Maybe because it could be me in just the near future. Can you clarify a few things for me (why? you don't know me, but potentially we could be neighbors! :) ):

1)Does your WHOLE family get to go?
2)You will be in Japan the WHOLE time for your repayment?
3)Can your hubby still get deployed from Japan?
4)And, we were told we got to submit a "top 10" of where we wanted to go. They said "usually" you get one of your "top 5". I take it Japan was on your list?

Sorry for the 20 questions, BUT, I am kind-of warming to the idea of Japan myself. Thanks for causing me to reflect on the possibilities~
I have hashed out the pros/cons in my mind for you... :)

1) Yes, we all get (have) to go.
2) Yes, we will be there for the full three years.
3) Technically, Doug could be deployed but as a Pediatric Dentist, he almost certainly wont be.
4)Okay, this is a little complicated. When he decided to specialize in Peds, they told him that as a Ped Dentist there were only 4 possible places he might be sent. England, Germany, Italy, or Japan. (I wanted one of the first three.) Those 4 countries have multiple bases with Ped Dentists. They DON'T send new Ped Dentists state side. (because the base Dentists refer out the cases they don't want to deal with.)

So, a few months ago, Doug went to a Dental Convention and saw the AF Colonel. He said that when D graduated there would be 4 openings...3 in Japan and 1 in England. Oh, and there were 3 other P.D's. finishing their residencies at the same time.

Then he told Doug that since he had the lowest rank of the four of them, he'd get last choice, but he could rank his preferences anyway.

BUT the Colonel said if we re-enlist for another tour he'll give us first choice of available spots! Too bad there isn't a snowball's chance we'll be re-enlisting.

SO, the Colonel is dead to me.

Hey- Thank you! I may rest well tonight without your families Japan questions racing through my mind.

Who wants to go where they have a monarchy that does nothing anyways. Good riddance! ;)

I will be a frequent visitor here just to see how your relocation goes- I never thought I could live through TWO YEARS in a 3rd world country for med school. But I did. And I still miss the islands at times. It was such a good thing for my little family. I know it will be such an experience for yours as well.

You ever want to see the Kentucky Derby (I have not yet, nor plan too, for fear of the nudity exposure that I hear about) you are welcome here!

whoa. dude. i'm sure you guys will love it.

Wow! I am sure that news would be a tad overwhelming for anyone! I remember hearing of your plans way back in San Fran, and picturing you sipping tea somewhere in Europe while your kids played in the nearby countryside...they have tea in Japan I bet! :) I wish you family the best, and admire your upbeat attitude! BTW, your boys are stinkin adorable!! How fun they must be!!

Hi Warners, I picked up your blog off of Lanies. Hey I am soooo excited for you to go to Japan. You will love it. Sushi ahhhh I am way jealous. Anyone I know who has ever been there (Rob several times) has absolutely loved loved loved it. Great shopping, great food. You guys will have a fantastic time. Congrats.

Hi Warners, I picked up your blog off of Lanies. Hey I am soooo excited for you to go to Japan. You will love it. Sushi ahhhh I am way jealous. Anyone I know who has ever been there (Rob several times) has absolutely loved loved loved it. Great shopping, great food. You guys will have a fantastic time. Congrats.