Gabe The Babe is Growing Up! 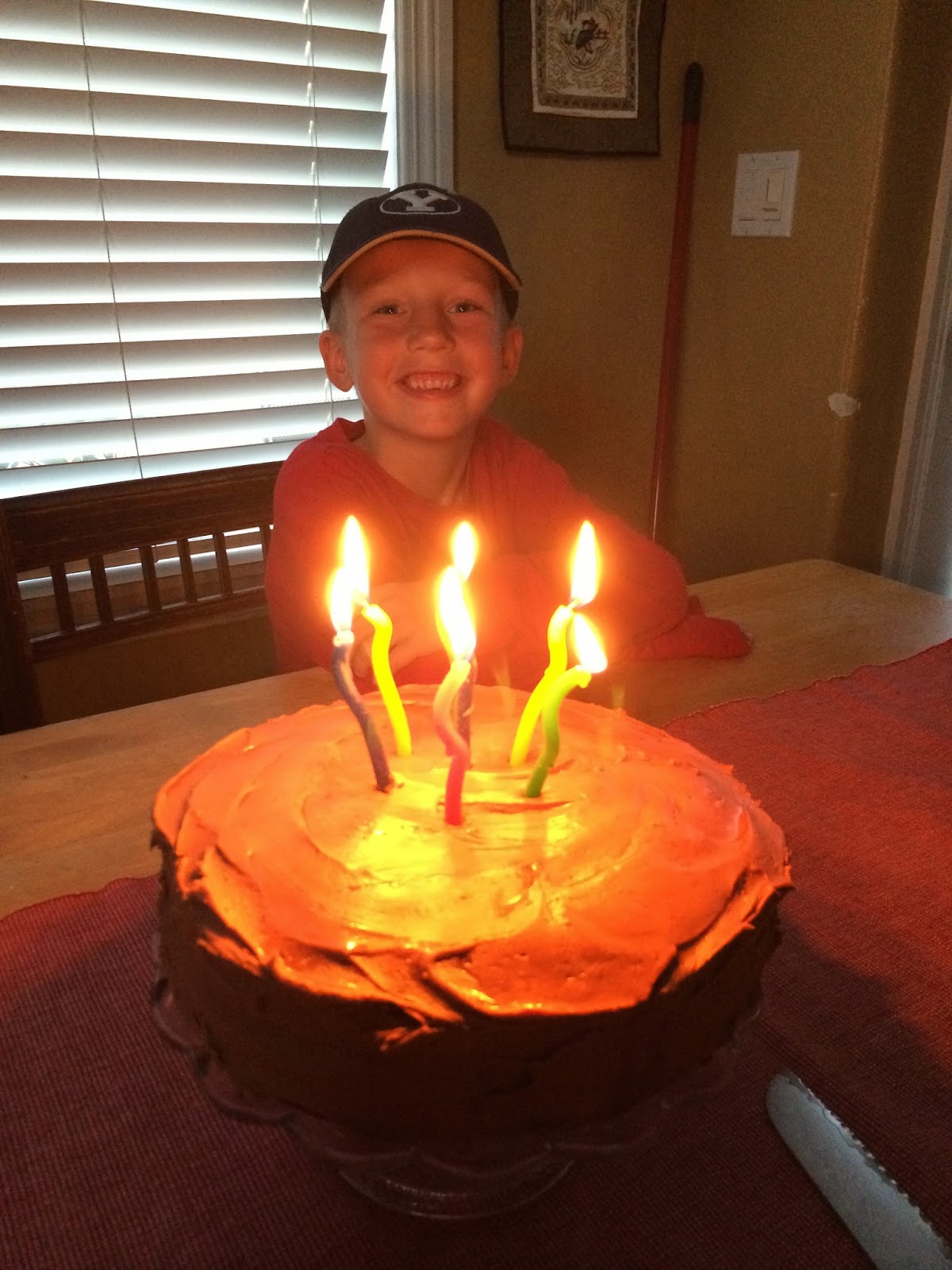 {He doesn't want to be called Gabey-Baby any more so KNOCK IT OFF or he'll get pretty whiny! We told him seven-year-olds are not allowed to whine and he looked at his big brothers and asked "Then how come THEY get to?!?" (Life isn't fair.  That's why.)}

He's a super cute and sweet boy but is also a poor, picked-on middle child, so we'll cut him some slack on the incessant whining.

He pretty much had a full week of non-stop celebrating.  On the actual day of his birthday, he requested crepes for breakfast, and pizza with root beer for dinner (at the pool, of course).

The following day he got to go camping over-night!  To make up for missing the Father/Son's campout the church has coming up, Doug took the four "big" boys camping to Camp Pendleton Marine Base right on the beach.  (He is still in the inactive reserves for a few more years and still has military I.D.)  Two other dads and kids went and they had a lot of fun.  I had a lot of fun staying home and watching HGTV.  (We just got cable for the first time! Yay HGTV and Cooking Channel!  Booooooooo ESPN!!!) 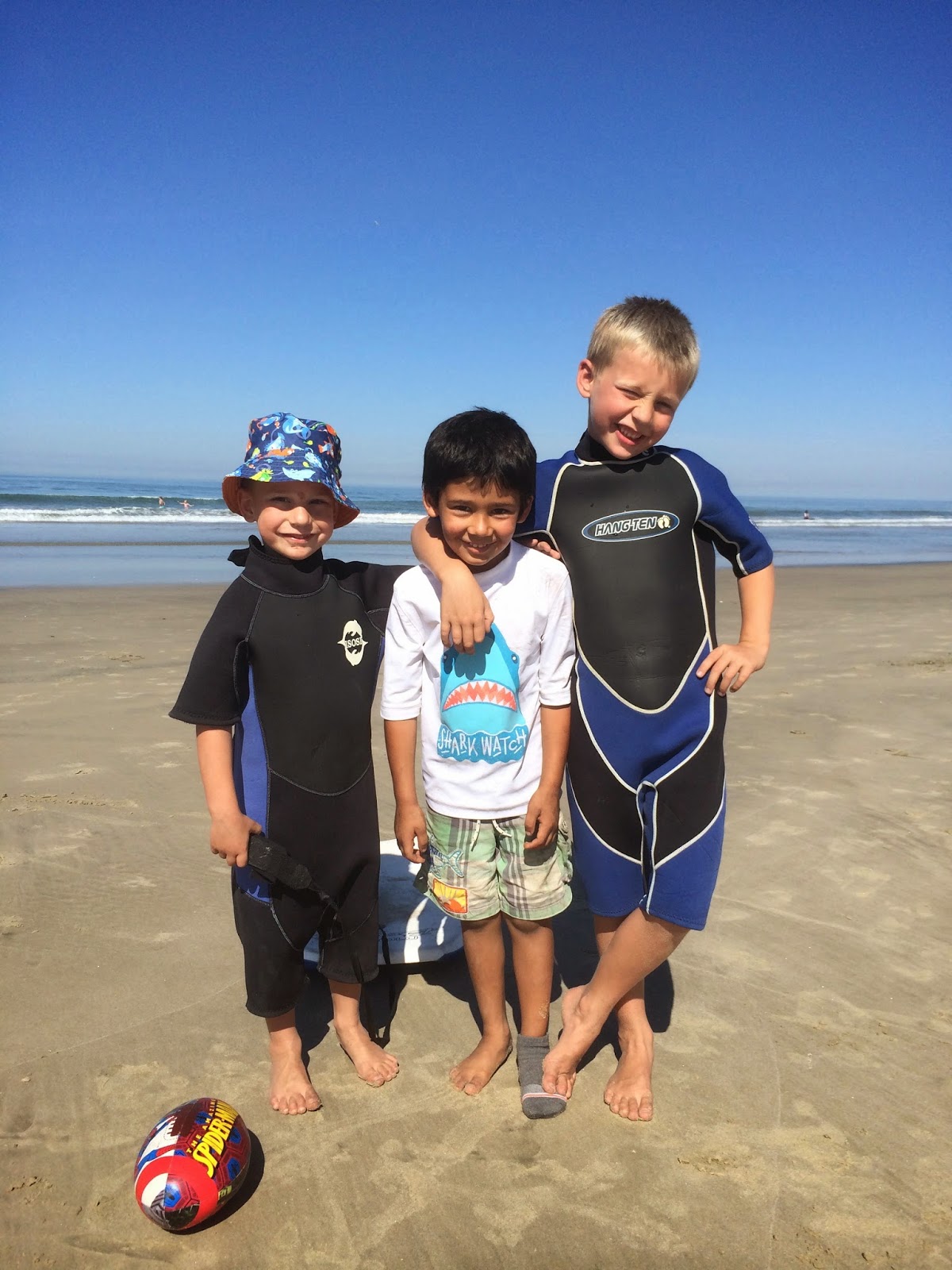 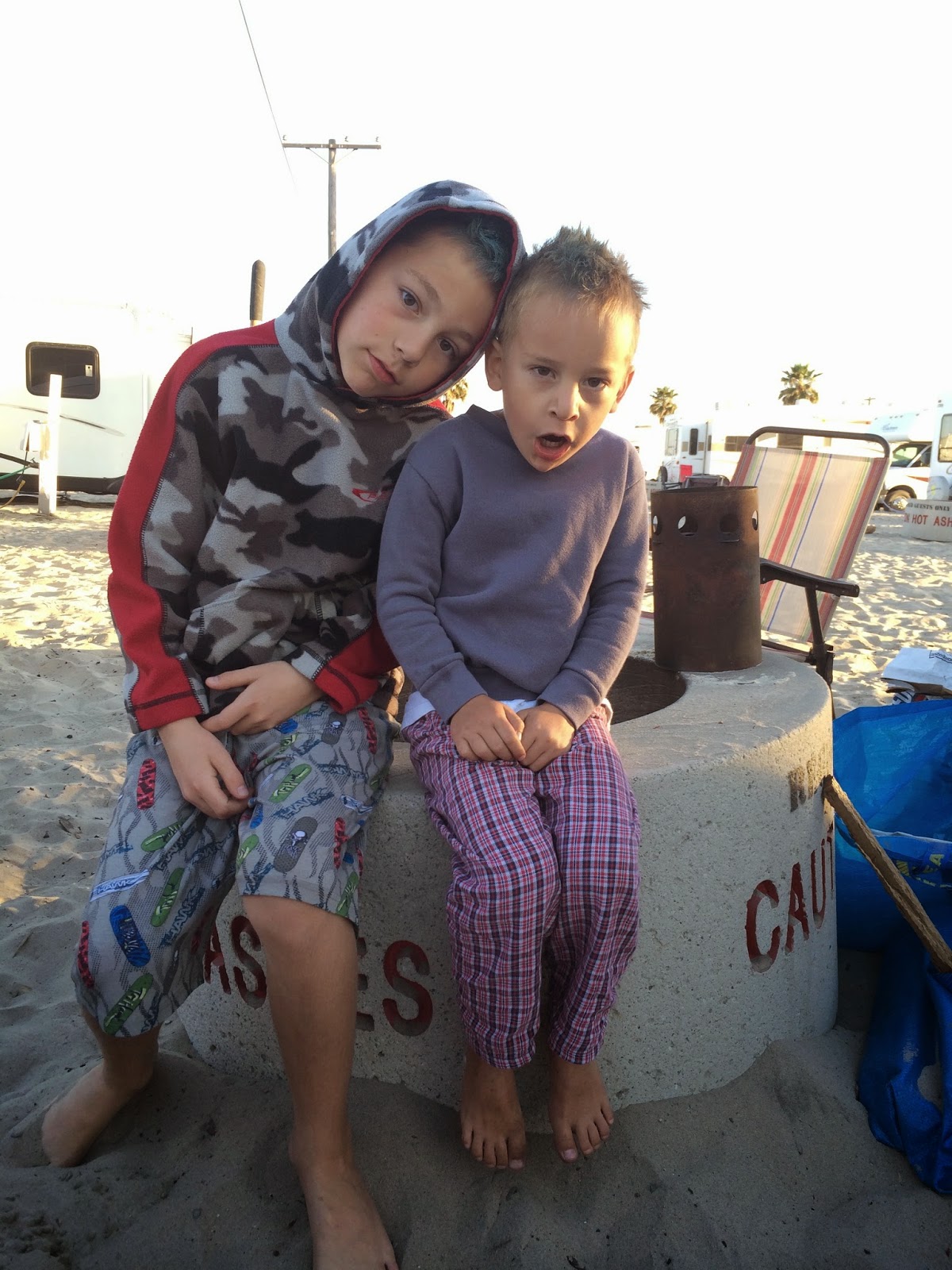 Then, Saturday, we took advantage of the school discount and went to LEGOLAND as a family.  It was blazing hot--right up until the boys went on a ride that got them all wet, and they it cooled right off and left them all shivering.  Fun day though, and we got to see the Lego Movie set 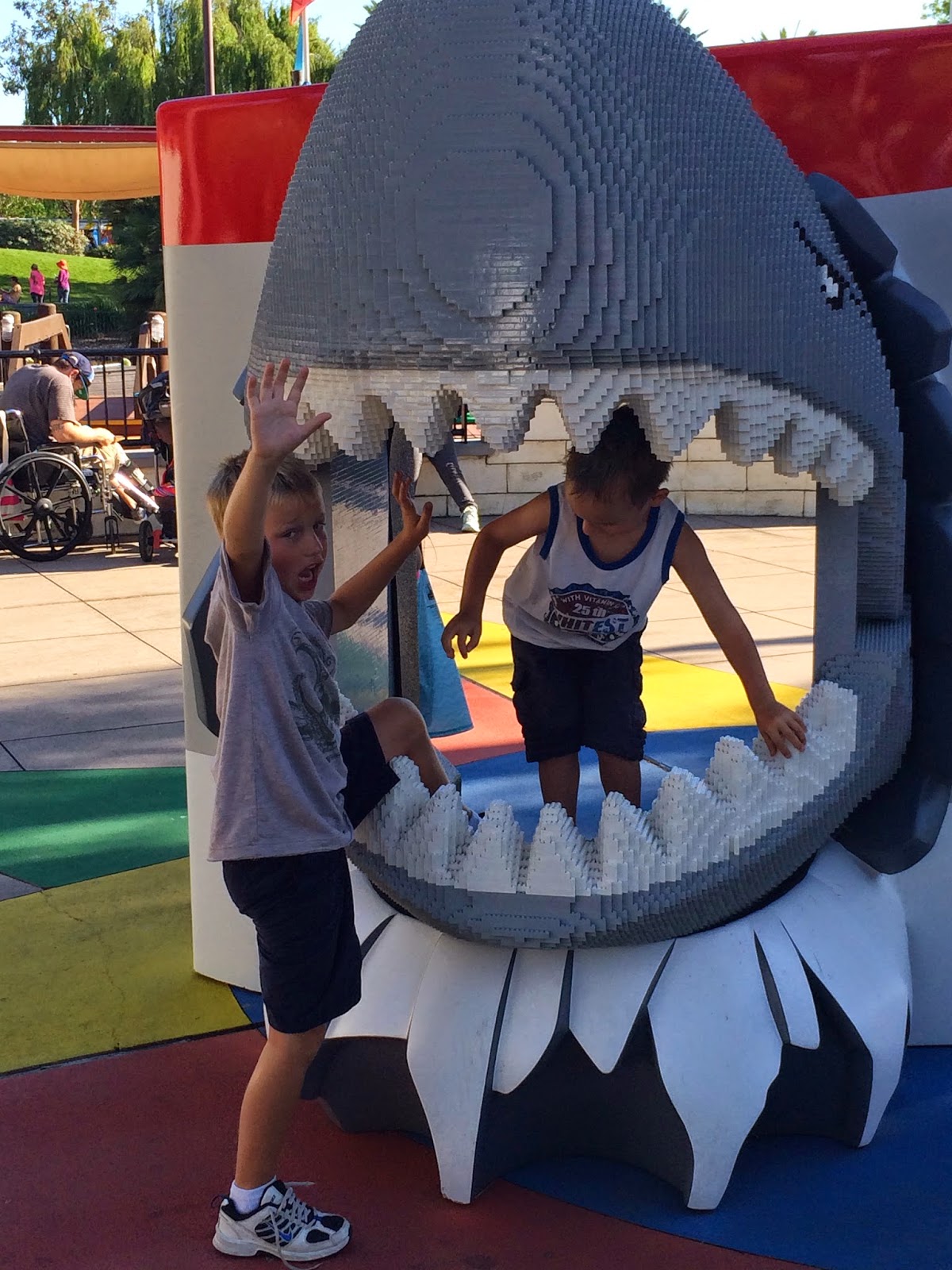 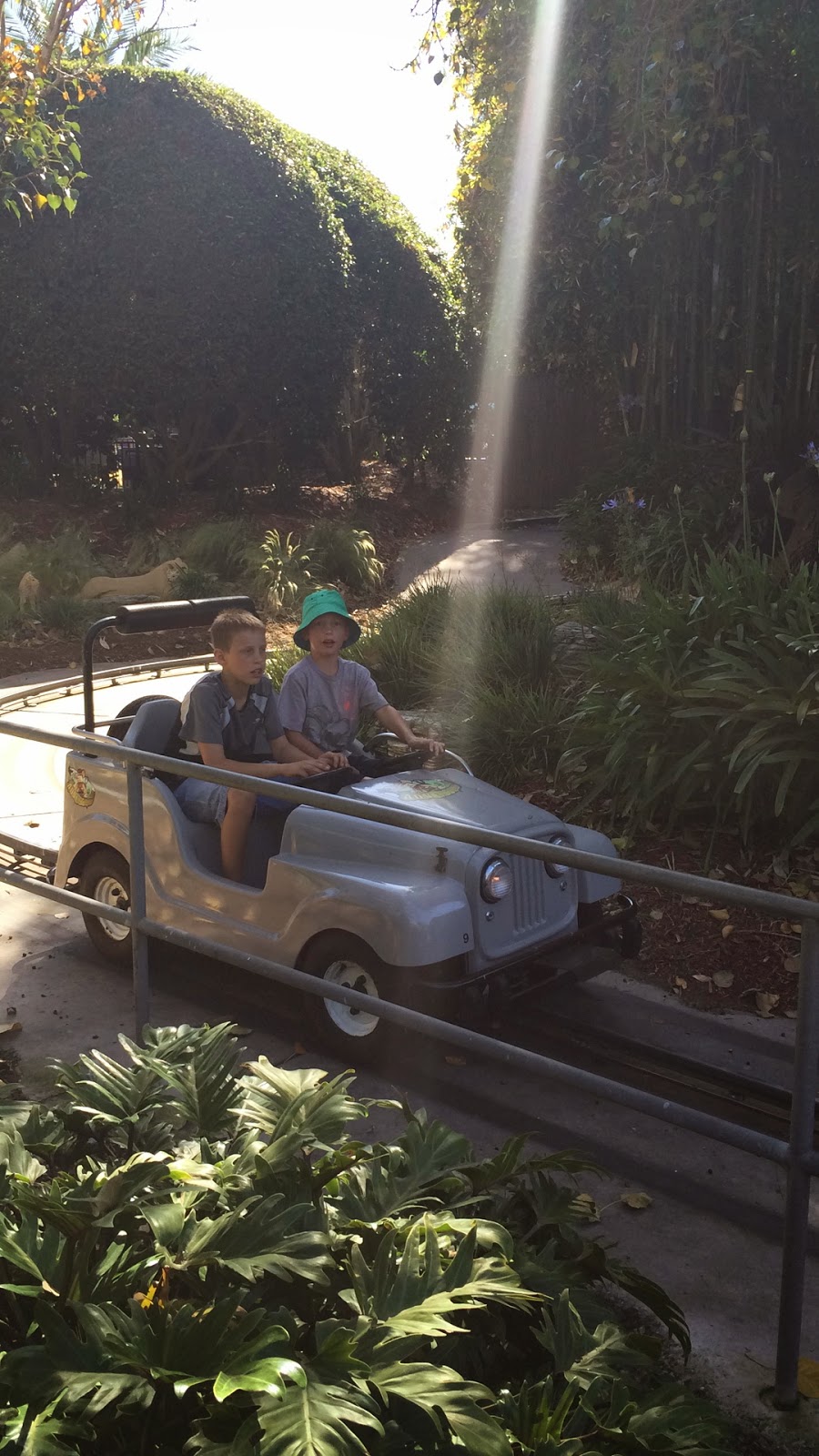 Anyway, back to Gabe:
He is a cutie.
His love affair with Secret Agents is waning, but he still loves playing anything action-y.  Light saber battles are common.
He loves to color and write books.
He is newly obsessed with Pokemon. Sigh. (The neighbor kid gave him a whole bunch so at least we didn't have to buy the dumb things.)
He is happy, friendly, and outgoing and is constantly being invited over for play dates with classmates.
He loves life, his friends and playing outside.

And we sure love our Gabey-Boy!