Tuesday morning at 6:30 am we arrived (a little early) at Charles de Gaulle airport in France. A few minutes later Wes and Tami arrived to pick us up. They had driven from Germany and stayed the night in Paris.

From the airport we headed straight to see Palace of Versailles. 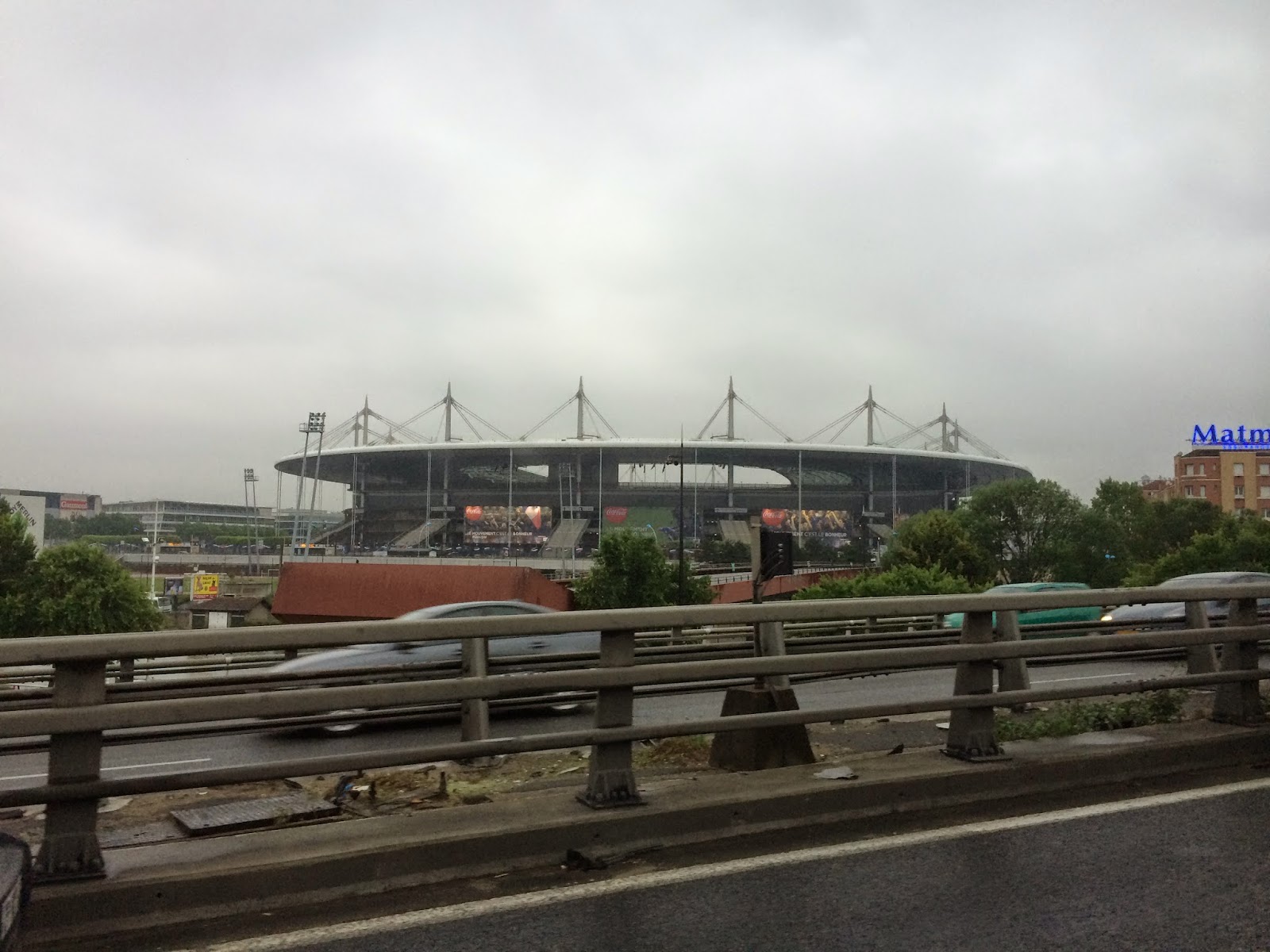 Since I left a still-nursing baby at home with my sister, I had to take frequent breaks to pump. (and dump.) While Tami and I sat in the car chatting (and one of us pumping), Wes and Doug wandered off to find us some breakfast to eat in line.
That morning at Versailles, we bought a six day Paris Museum pass.  This was a very good investment and allowed us to skip some long lines later on.

The palace was very cool to walk through.  It was also extraordinarily crowded. 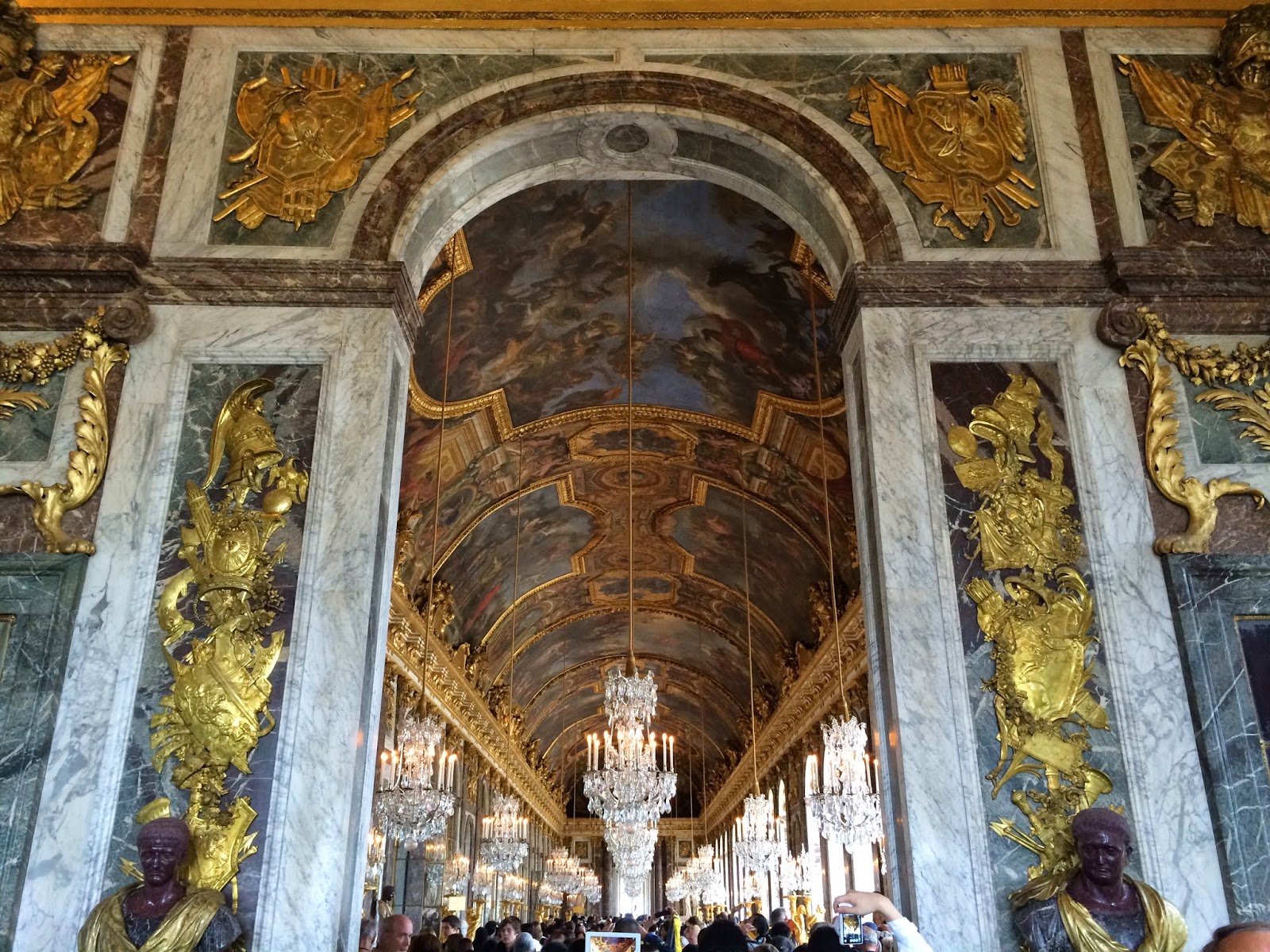 After touring inside the palace, we left and found some sandwiches and fizzy drinks in the charming town outside the grounds. 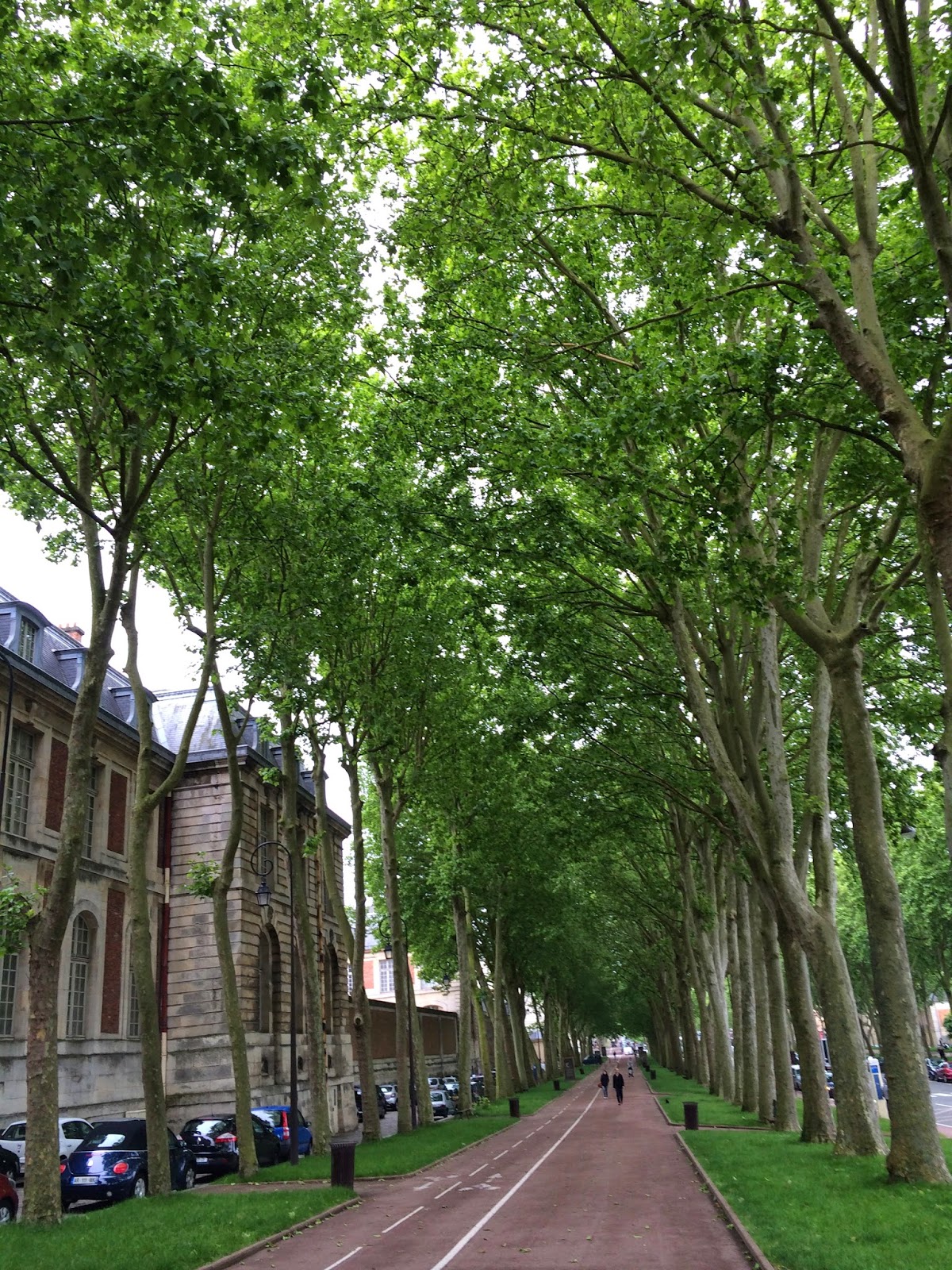 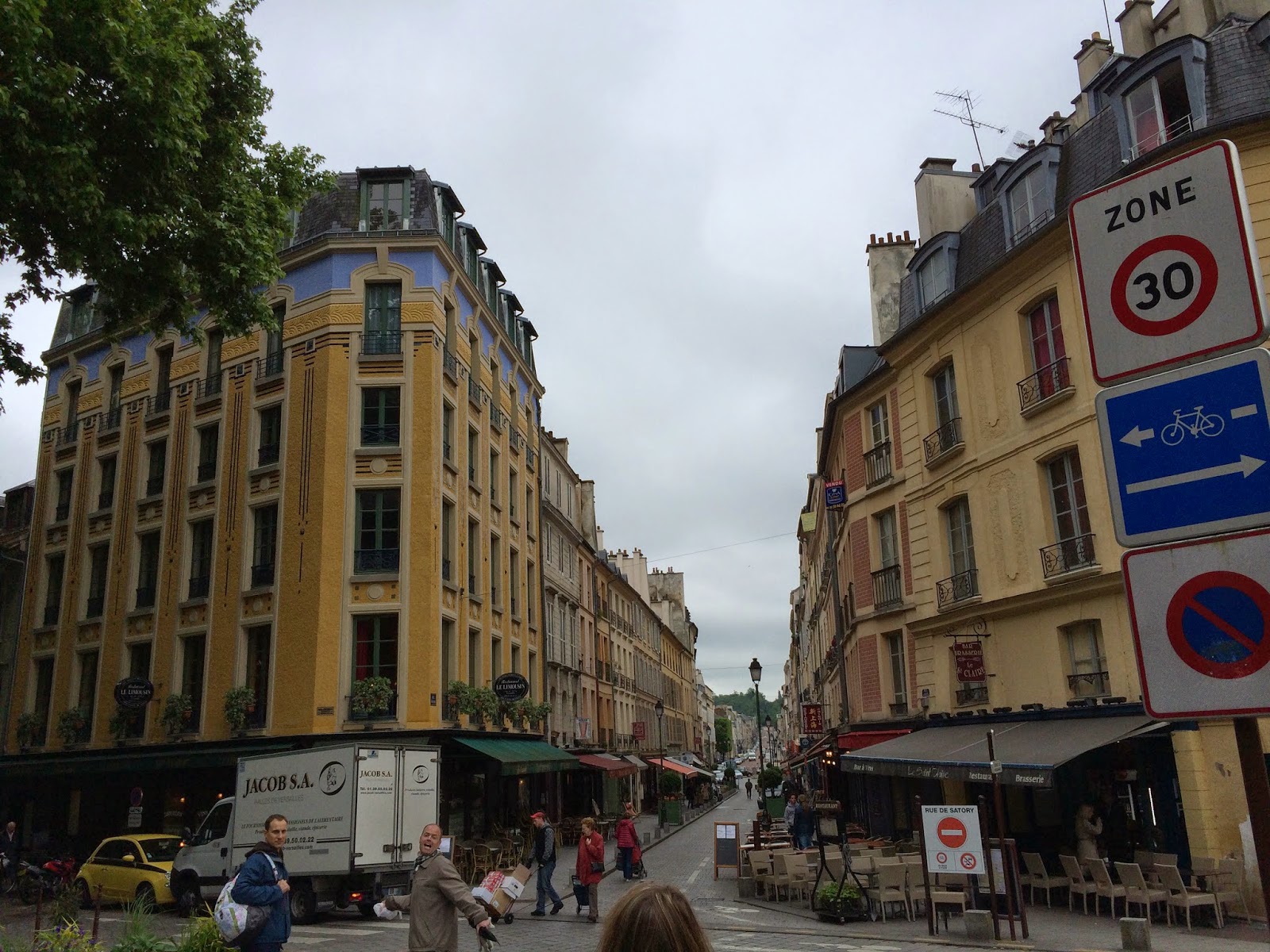 Back to Versailles to visit Marie Antoinette's "Hamlet". The Hamlet is a small village built on the grounds where she went to escape the rigors of court life.  But it's not exactly right next door. 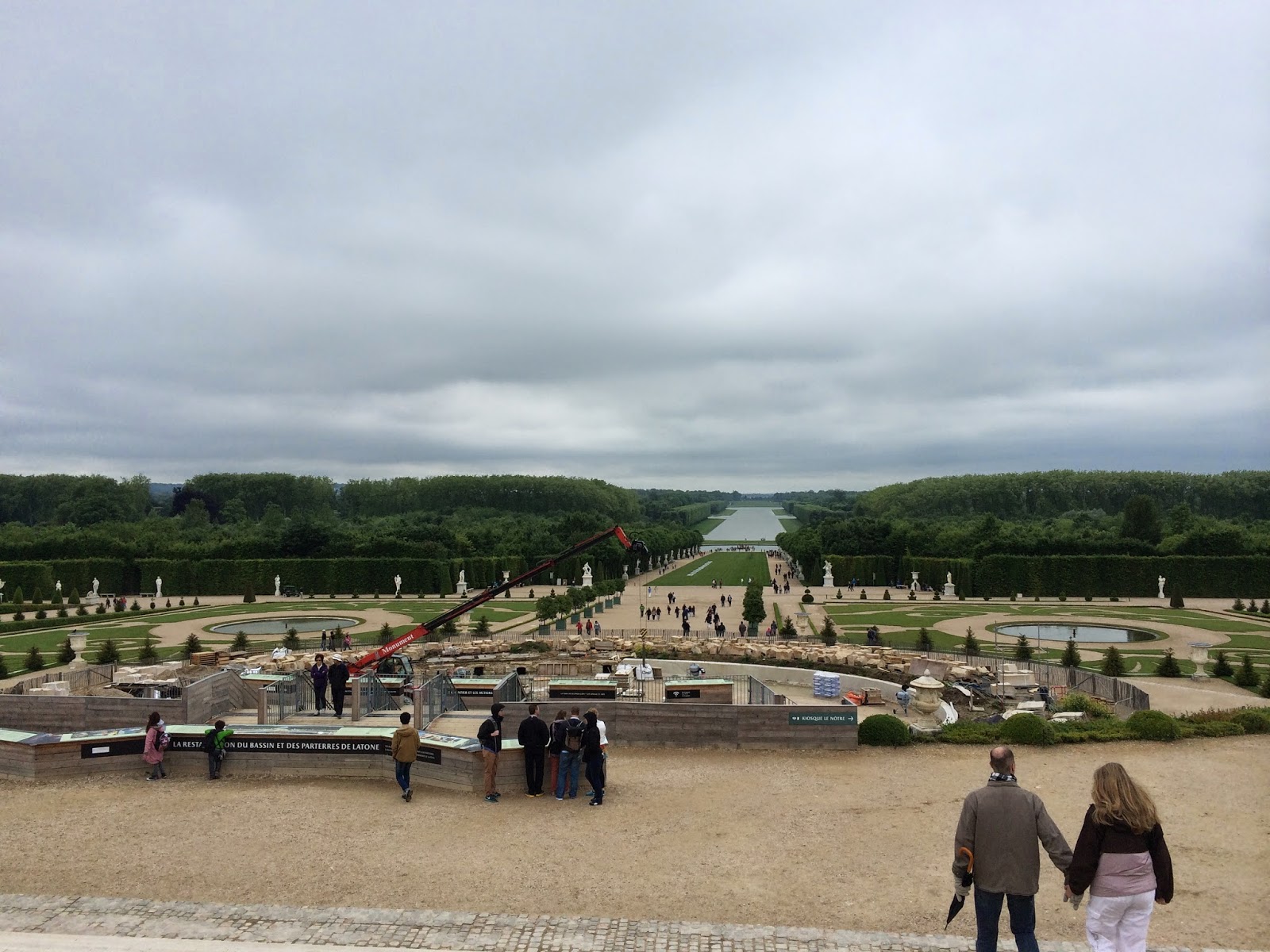 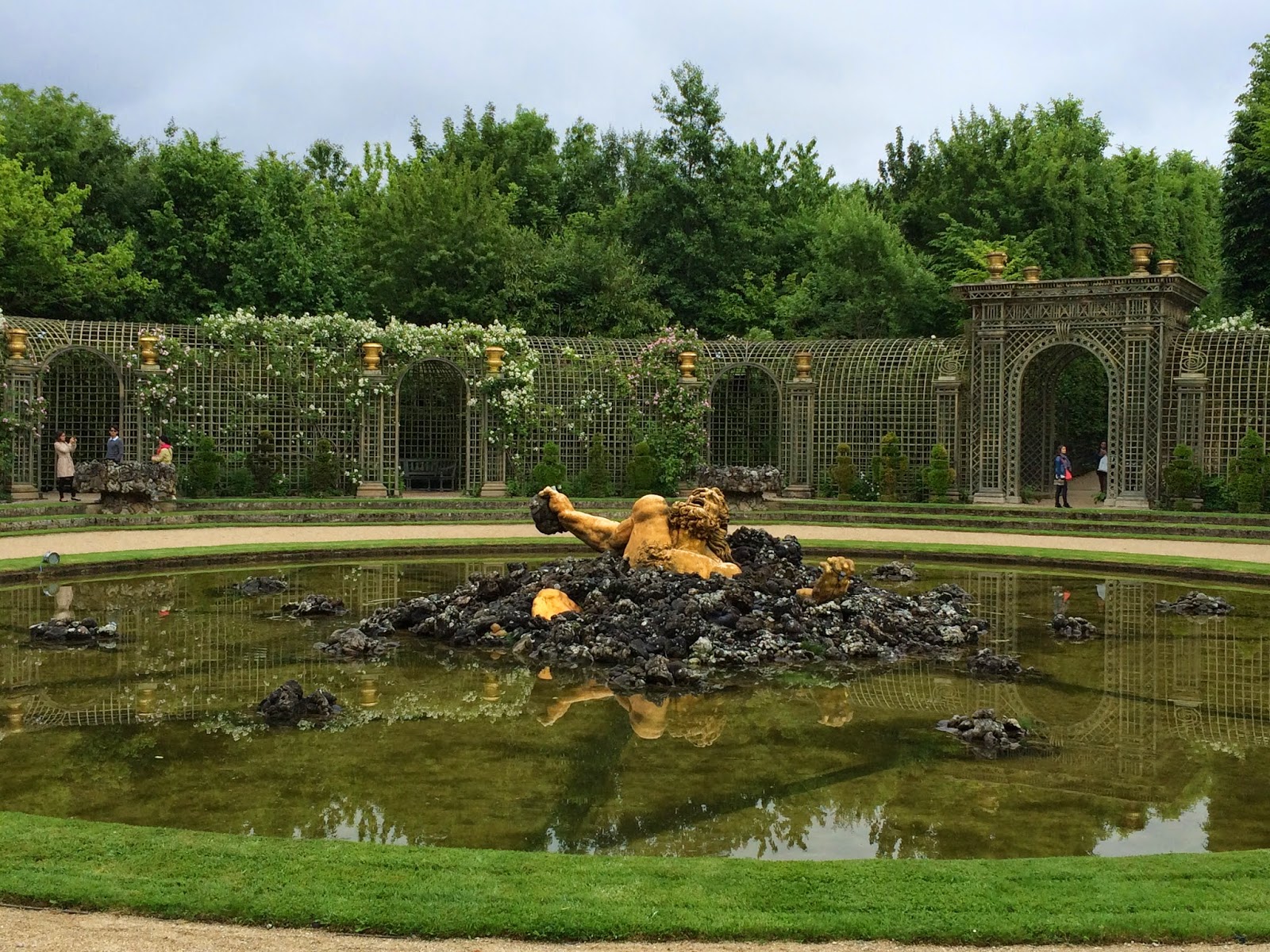 We walked down through the courtyard and then rented bikes! 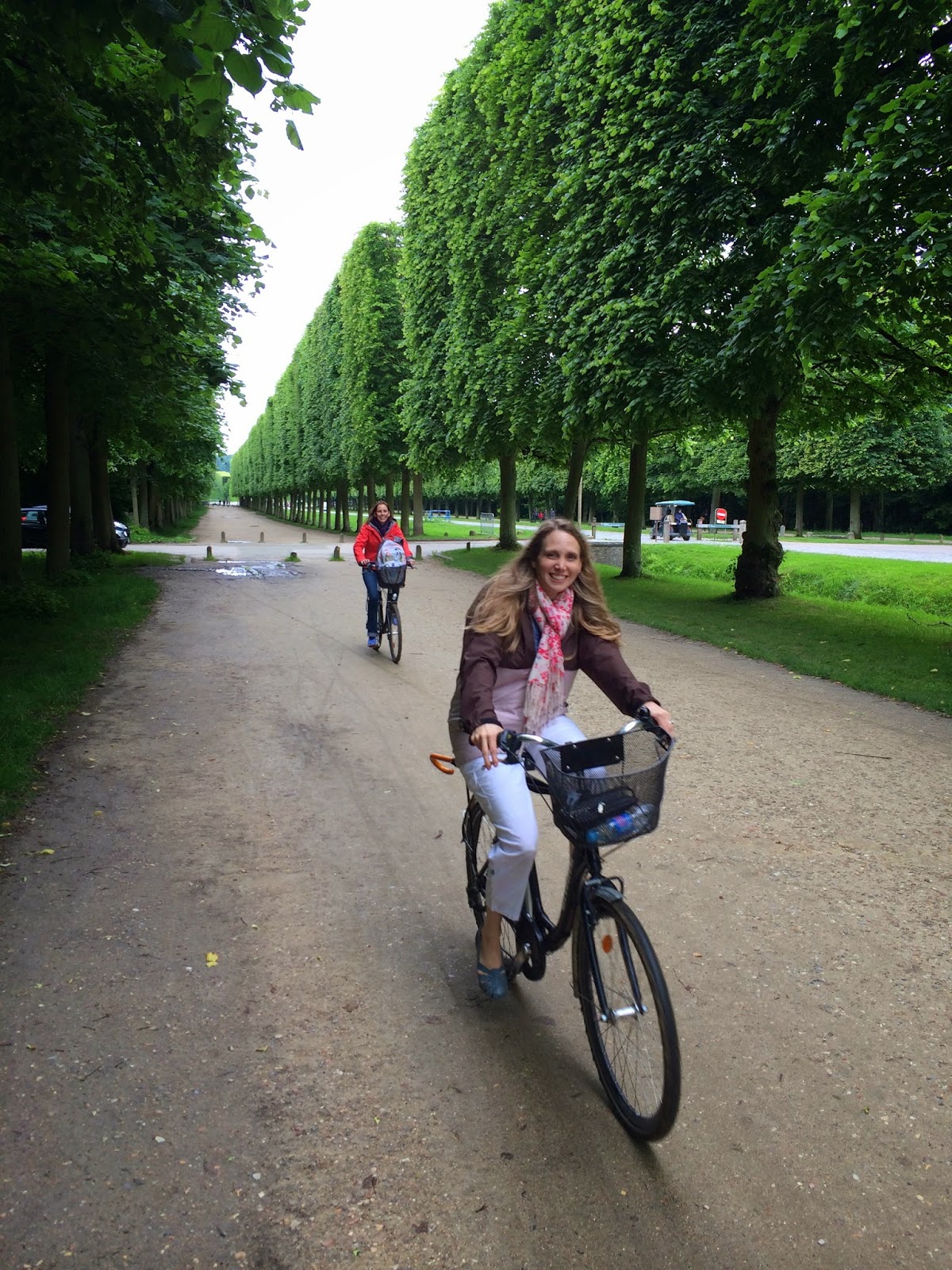 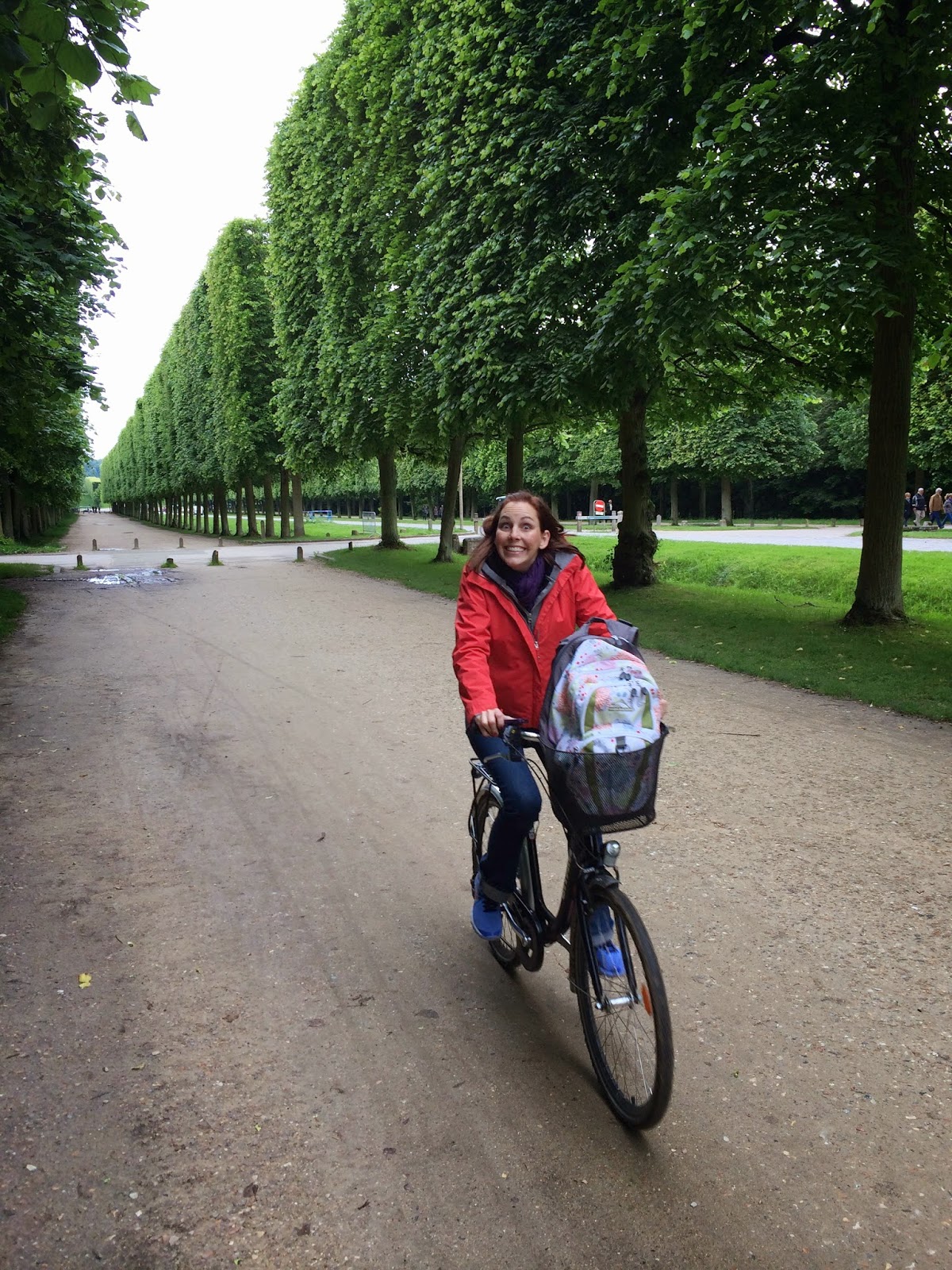 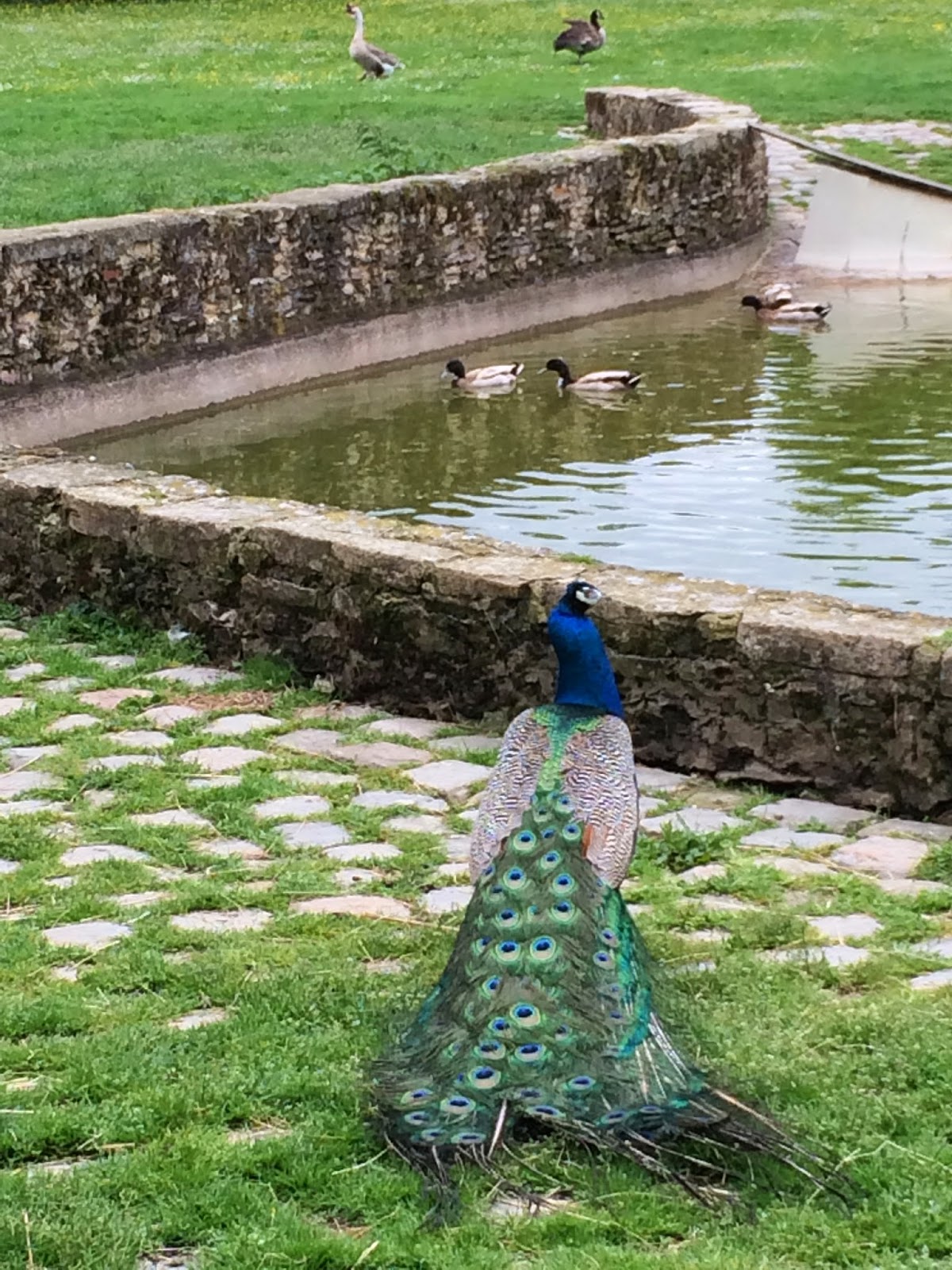 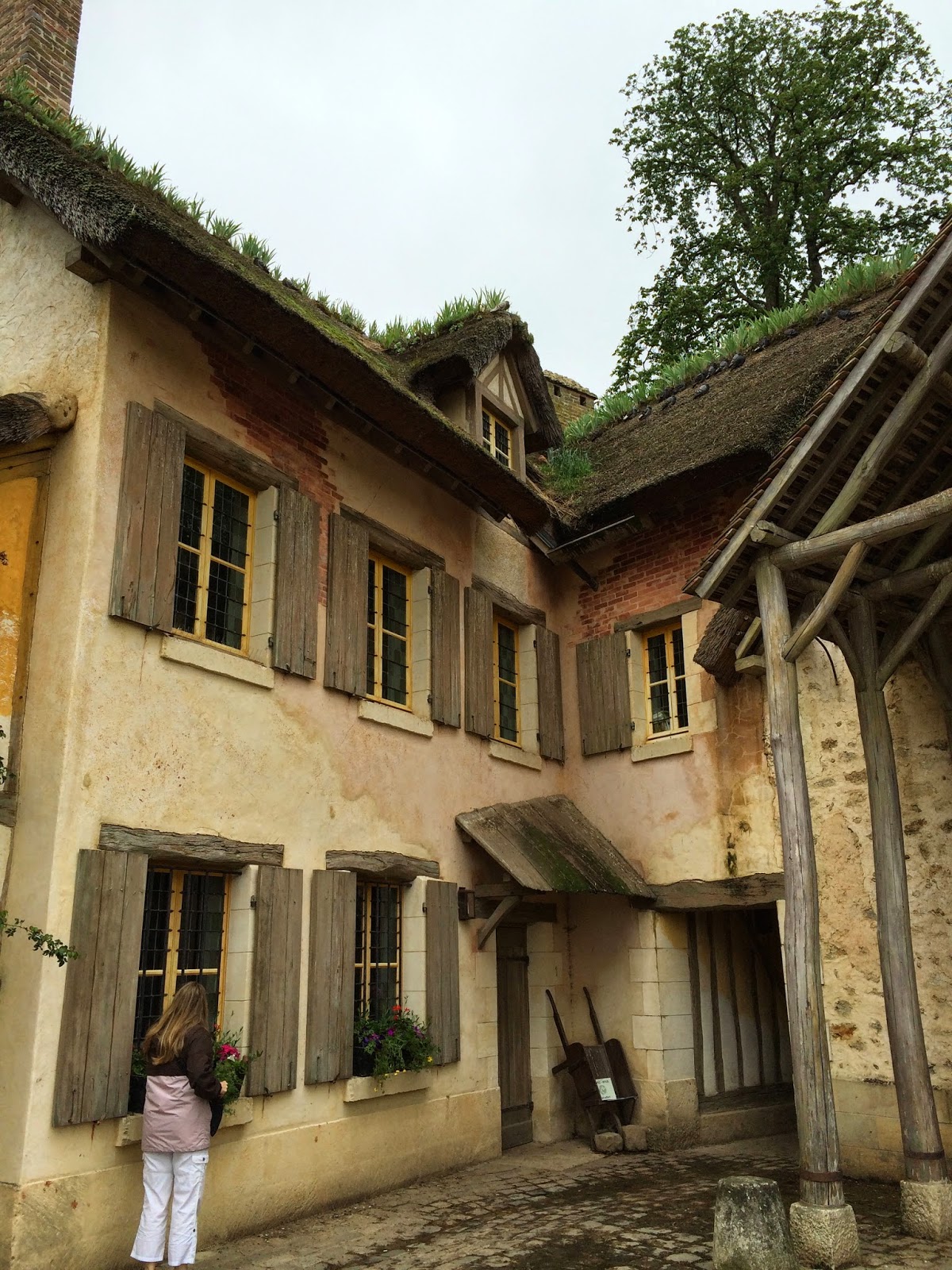 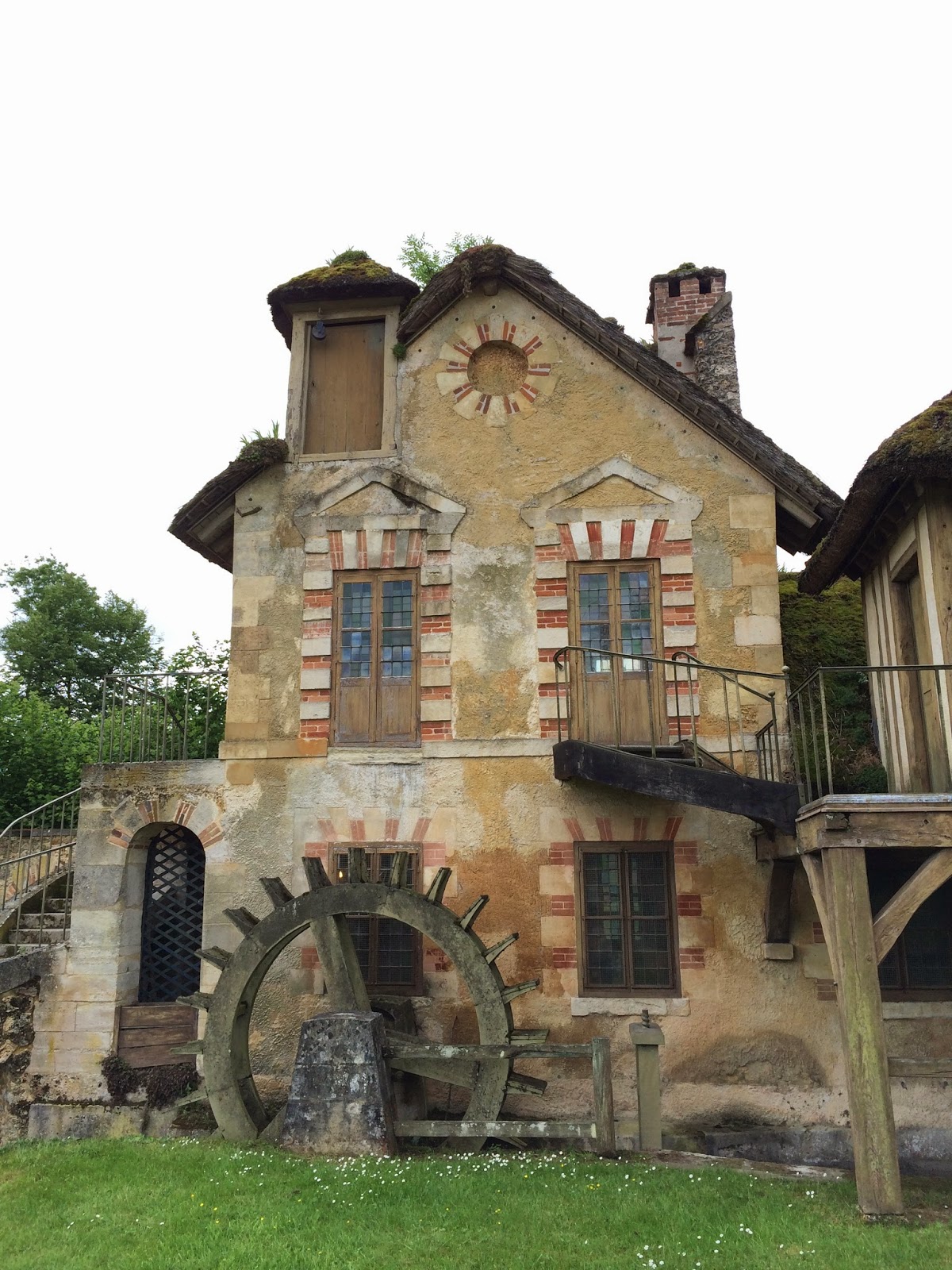 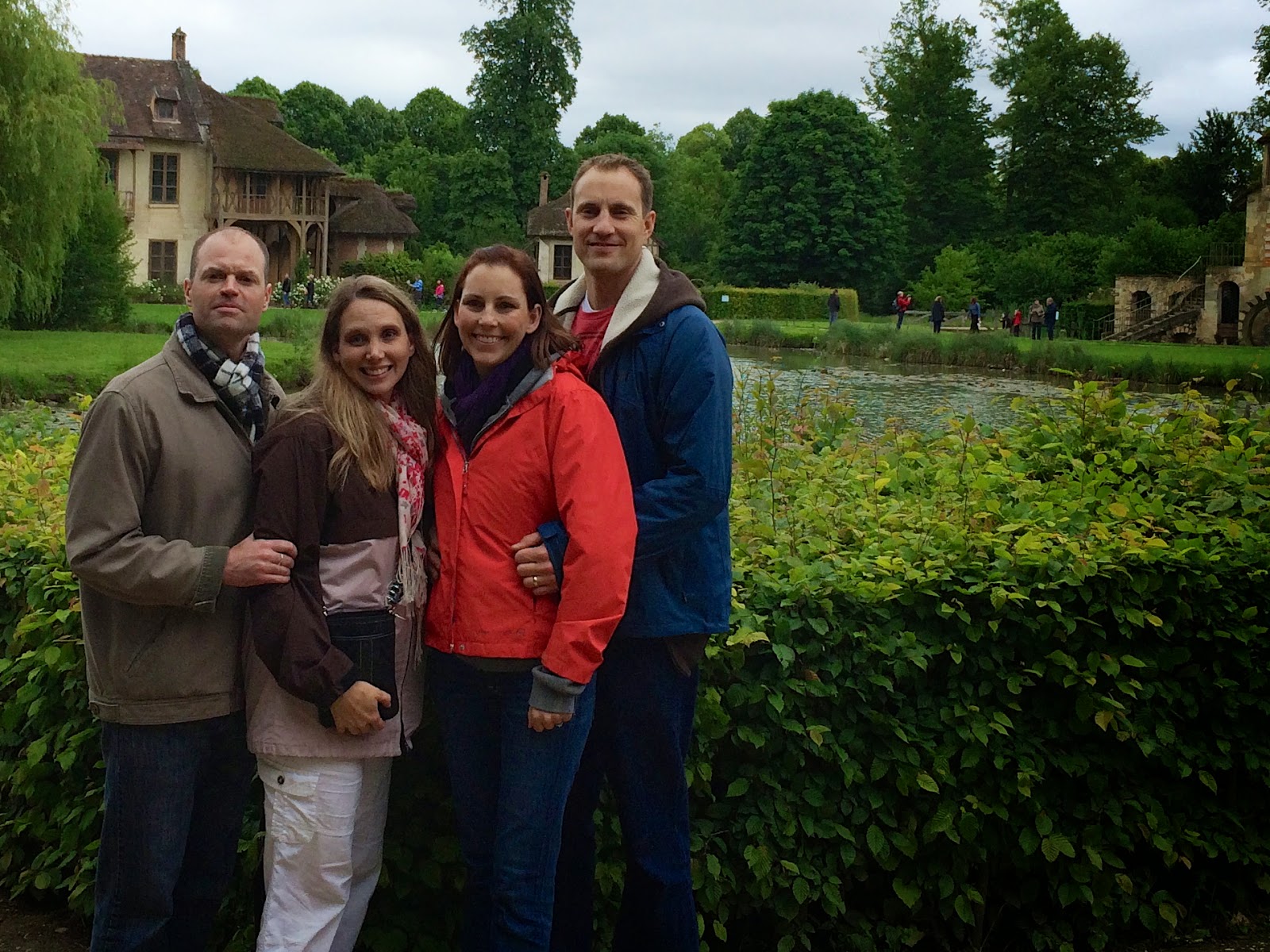 The Hamlet was extremely charming and I'm glad we got to explore and enjoy it.
---
Next stop, Normandy!!

After leaving Versailles, we drove straight to our Bed and Breakfast. At least that's what I think we did.  I immediately fell asleep and missed seeing the beautiful French countryside.
(At least I think it's beautiful.  I was asleep.)

We made a quick stop (at Le Clos des Pommiers in Tracy-sur-Mer) to check-in and change for dinner, and then went out again.
We drove to nearby Bayeux for dinner and wandered around for awhile trying to find a place that could seat us.  It is such an amazingly quaint and beautiful little town--I couldn't stop taking pictures. 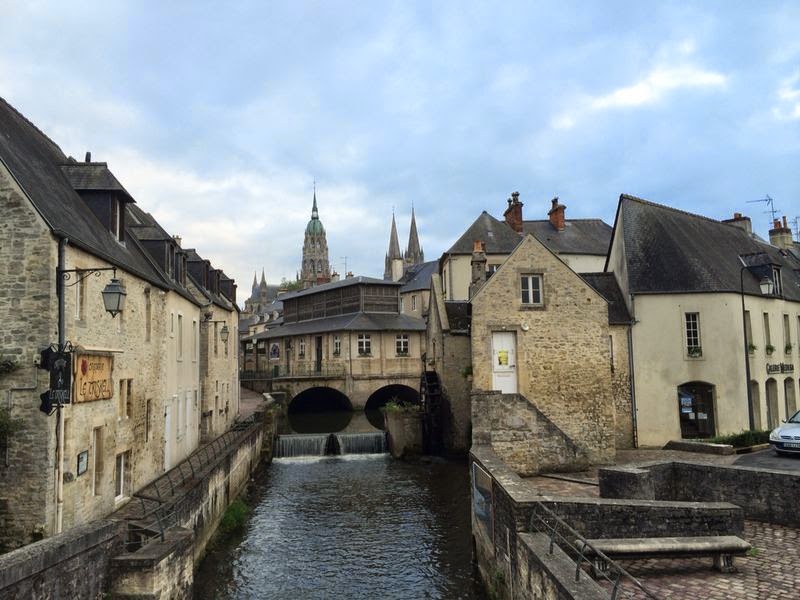 Eventually we settled on a little Creperie and had our first dinner in France.
And it was amazing! 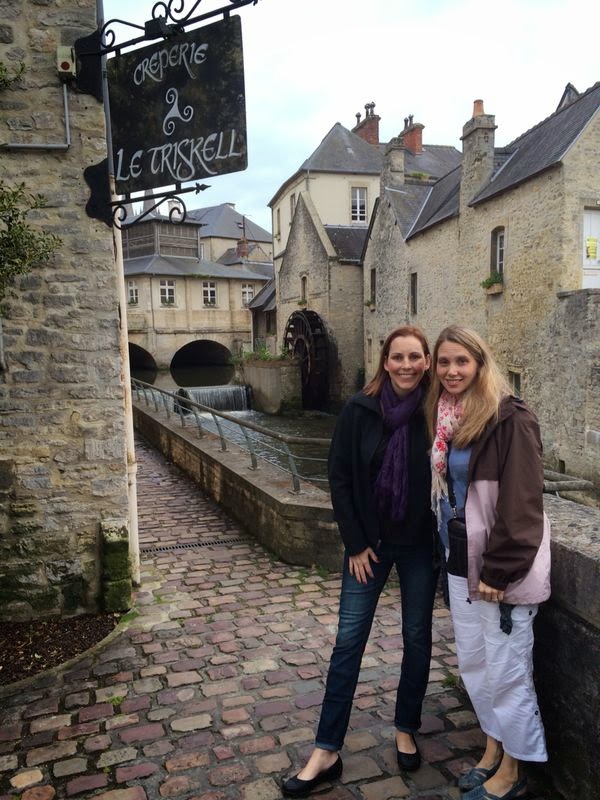 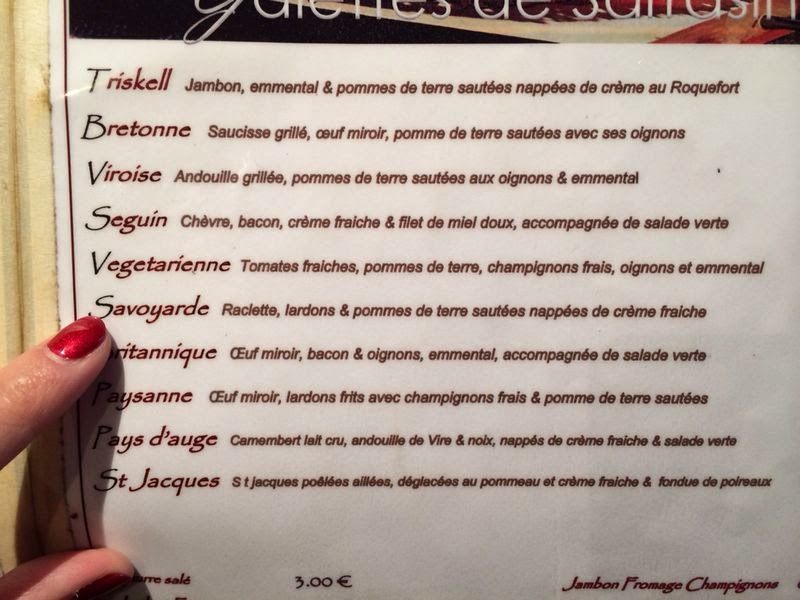 May I humbly suggest that if you're ever in that neighborhood, go to the same restaurant, and go ahead and get what I got! And may I also suggest that if you ever have the opportunity to have something smothered in creme fraiche, you take it! 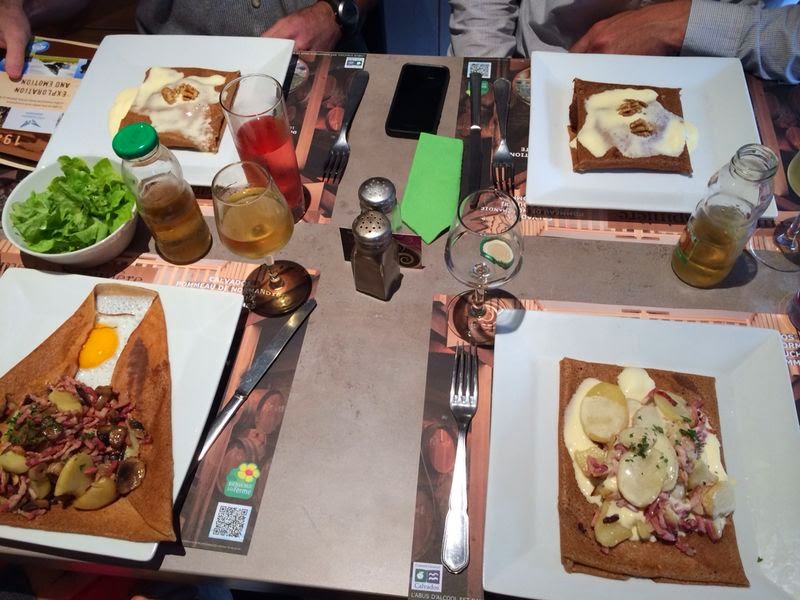 This was the first of many times Wes and Tami had to translate menus for us.  They were very good sports about it and gave us some excellent recommendations. 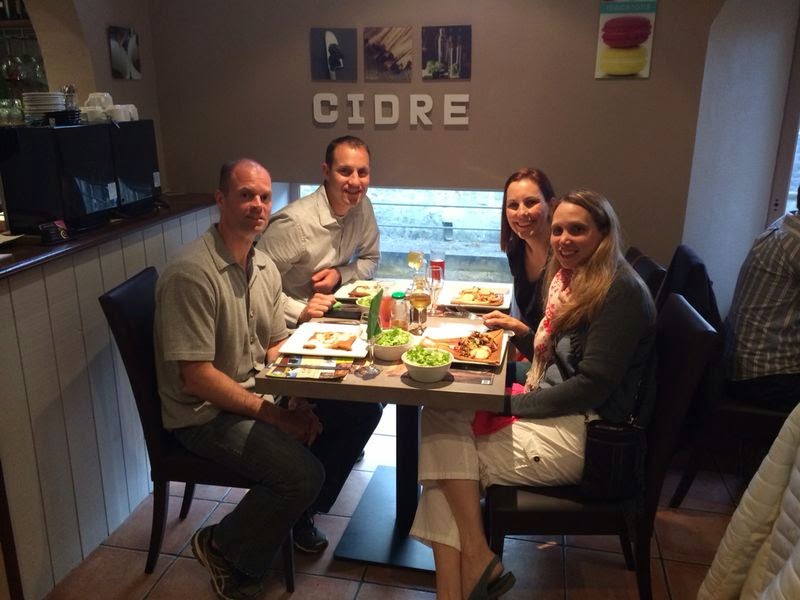 It was a pretty full and magical first day in France.
If I had had to rush home the very next morning, it would have been worth the trip.

You were on the same continent as me and didn't swing by to say hello?! I'm just a few minutes from France, you know. :-)