(I would like it noted that I wrote this post approximately 1 week before hearing about the smutty book by the same title...I thought I was being very clever!!)

Our baby is officially a toddler now!
Gray-Gray (no, not Gregory) turned TWO!
And although my other children have had a friend party upon reaching the ripe old age of two, poor picked-on #4 only got a family "party" and a very hastily frosted cake.  (Not my usual multi-hour effort.)

Poor thing.  Great thing about two year olds though?  They don't know the difference.  BUT, to avoid leaving this blog as void of his presense as his baby book, I want to mention a few of Gray's charms. 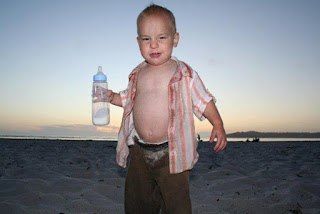 His Mama.
He likes to follow me around.  He likes to sit on my lap when I'm sitting and hang on my leg (begging to be held) when I'm standing.  (Super fun when I'm making dinner.)  And although he does leave my presence occasionally, if he hears my voice he'll come right back. 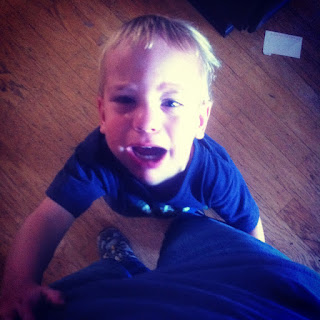 His Daddy.
As soon as he hears D's voice, he runs to the door squealing "DAHDEEEEE!!!!" at the top of his lungs.  He loves to swim with Daddy.  He loves to snuggle and read stories with Daddy.  If I weren't around, and Daddy was always around, that would be just fine with Gray-Gray. 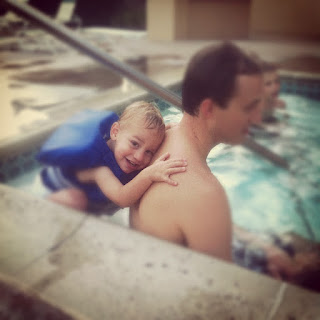 His brothers.
The only thing that can tempt Gray off of my leg when Daddy isn't around, is the possibility of playing with his big brothers.  He loves them.  He mimics them.  He follows them around.  It's cute.
(Except when he's mimicking violence or extreme noisiness.) 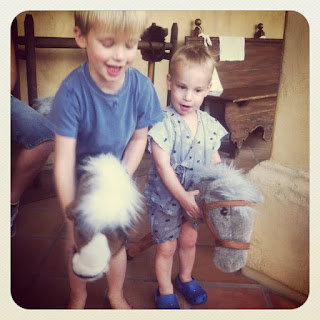 Reading and being read to.
Just like his big brothers.  It's pretty cute to find him looking at a book or cuddled up with Daddy and Gabe listening to a bed time story. 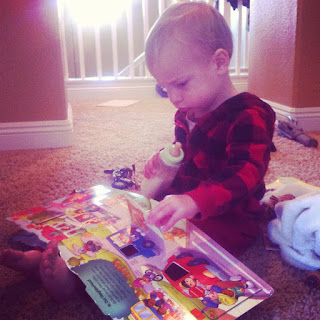 Living by his Aunt, Uncle and Cousins.
He likes playing hard-to-get around Aunt Laura and likes when Uncle Jeff smells his "stinky feets".  He especially loves his cousin babysitters!

Other great things about Gray: 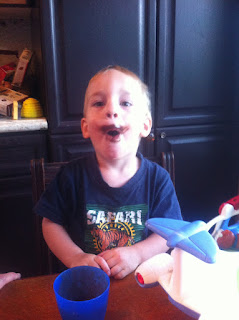 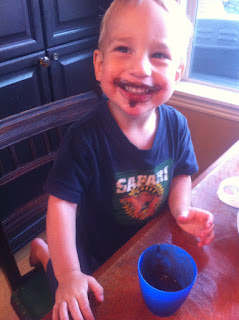 Gray sings in the car.
Gray sits on the counter when I cook and likes to sample dinner before anyone else. 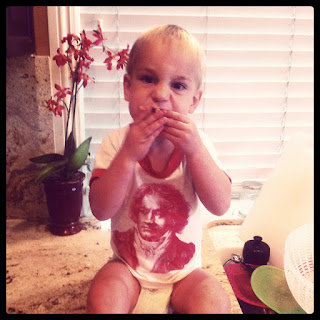 Gray has a naughty streak similar to Maxwell's as a baby! 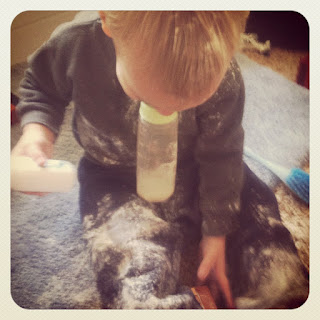 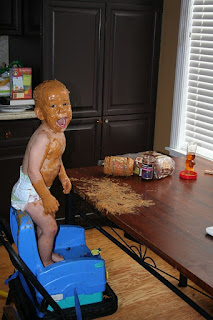 Gray was born in JAPAN after a very long, very GRAY winter. 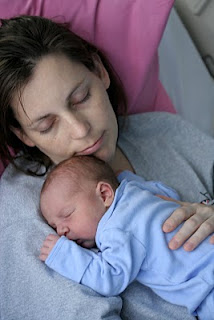 (And he's been a ray of SUNSHINE ever since.) 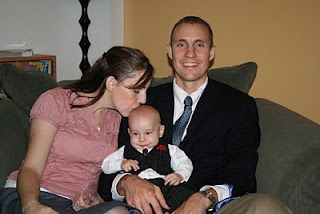 (No, he does not have dual citizenship because he was born on an American base.) 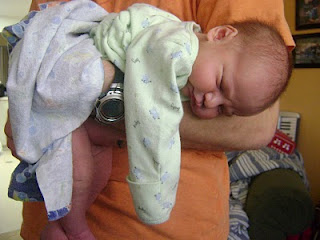 (But he does have some adorable Japanese clothing.)
Gray folds his arms and fake closes his eyes during prayers.
Gray has a very adorable mischievous smile... 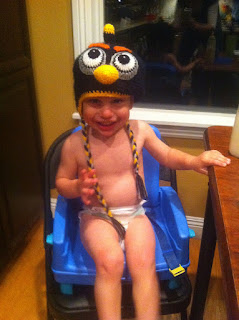 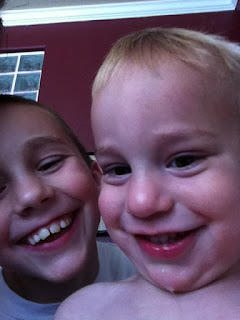 and even more adorable angry scowl.
Gray is just a cute kid and we love him!!! 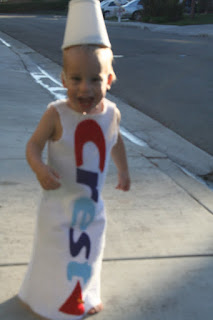 Cute kid. Can't wait to see all of you on the 5th.
Dad and Claudia