Japan and Disney: A Match Made in Heaven

(Alternate title – Europe and Disney:  A Match Made in Hell) 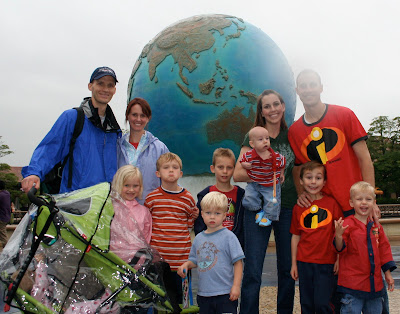 For the last two days, (I started this post a week ago) The Dub Clan and the Healthy Clan have been partying it up at the happiest, most exhausting place on earth.
That’s right:  The Dub’s did Disney!
Disney Sea* and Tokyo Disneyland to be precise. 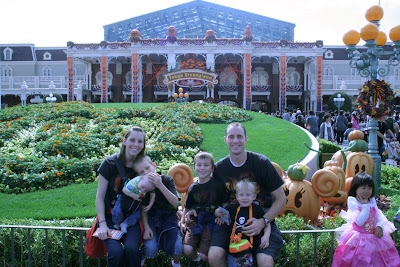 Now, I’m going to assume you’ve all been to Disneyland and Disney World more times than you can count because you were raised by a Disney fanatic father sometimes known as "Papa Disneyland".  (What, that’s just me?)  So I’m not going to spend a lot of time going over the basics.  I just want to mention a few differences I noticed in the Japanese version of Disney.  Two actually.  Merchandise and food. 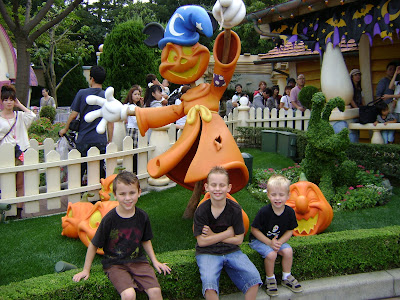 (Yes, they're sitting on the shrubbery.)
1.     Merchandise:  Of course, both places have the requisite million stores with all the usual stuff PLUS...;
An extremely large (LARGE) selection of cell phone dangle thingys, walls covered in various towels and washcloths,  (Japan loves a good washcloth) 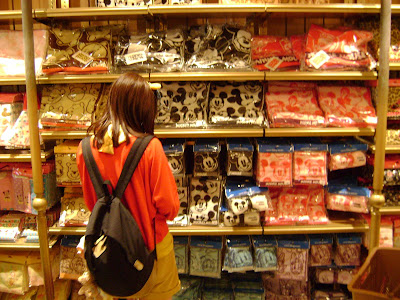 Oh, and Duffy the Disney Bear.  A completely random stuffed animal created solely to exploit the Japanese love of plush toys.  (Plush toys that come with multiple accessories and outfits and in every shape and size…as Duffy does.  Though I can’t for the life of me figure out why Mickey/Minnie/WinnieTP don’t fit this bill.)

2.  Food:  Not as much ethnic variety.  A LOT of fish (fish casserole, fish burgers, seafood pizza), pressed mystery meat patties, and curry in the restaurants.  Then we have the concessions:  The big thing is popcorn for your 1500 yen** souvenir bucket.  Caramel, Salted, Curry, Milk Tea, Honey, Soy Sauce and Black Pepper.  (Caramel, Honey, and Curry were the only one’s we sampled.  Refilling your bucket cost 500 yen.) 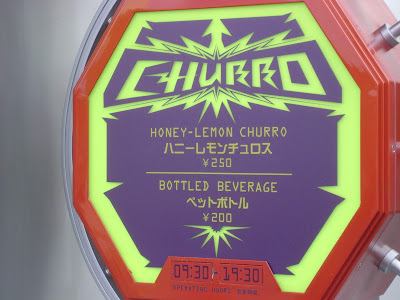 Churros are hard to come by, but can be found in the Cinnamon or Honey-Lemon variety  (strangely yummy).  Mickey shaped frozen treats come in the form of a pale and weakly flavored ice cream sandwich or an orange or apple flavored popsicle.  Westernland (not Frontier) also sold tiny (very popular) turkey legs. 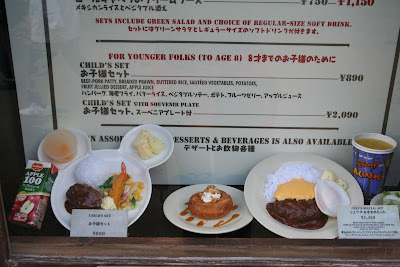 Less familiar were the doughy meat pies and rice/seafood treats.  (We didn't try these)

The first night at Disney Sea we had Italian(ish) and last night (at Disneyland) we had Savory Crepes filled with “Chicken Salad”.  (The Healthy kids loved ‘em.  My boys couldn’t believe they were expected to eat a Crepe filled with something other than Nutella and Bananas.  (We did get some dessert crepes as well which my boys loved and the Healthy kids thought were too mushy and gross.) 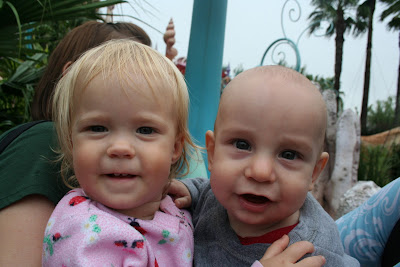 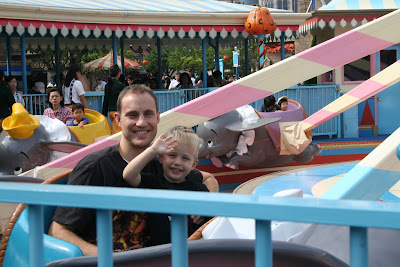 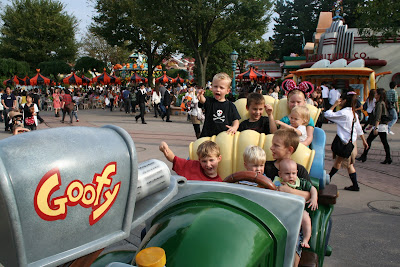 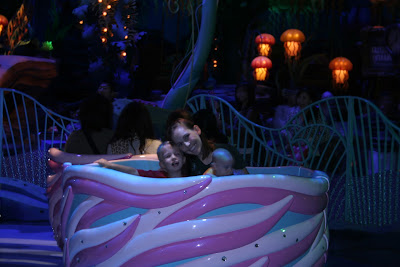 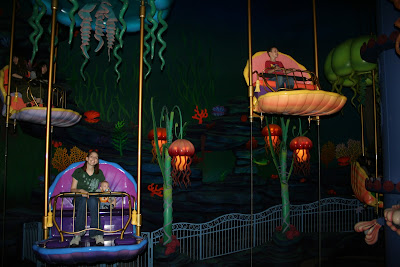 We went there when we lived in Korea. My favorite was listening to Ariel in her grotto speaking Japanese to all her friends. When we walked in she switched to English and told us how all her nice friends here had taught her to speak Japanese.

I also dug all the flavors of popcorn. It was amazing how none of the Japanese tourists would eat it while walking. They always sit while eating. So clean!

Well I hope you remembered to buy a button from Disneylad Tokyo for your dad. How fun hearing about the differences between the parks there and here. Looking forward to hearing more about your visit.
DSC

Looks like so much fun, especially the food! Unfortunately I only have access to the hellish version, eurodisney - not fun. Can we do an apartment swap, pretty please???

okay, I know I sound like a broken record, but seriously, that cannot be your youngest child. He is definitely not young enough.

Also? Curry popcorn sounds like the best thing ever. Or possibly the opposite of that; I can't tell.

hope i can go there..with my hubby asap!! i love your story here..

Wish i could go there at Japan Disneyland.. seem so wonderful and so much fun!!!