Doug and I just got back from a pretty big, pretty epic trip to Europe. When we started out (and I immediately started overgramming) it became imperative to pick the perfect hashtag. Something to use on all our Instas so that post-trip ChatBooking would be a breeze. Doug came up with #DubTravels. But my mind kept switching it to #DubTravails. I could NOT quit reading it as #DubTravails. So I made him switch it to #DubAdventures.

You see, we took two teenagers with us. (Truth in blogging: One is 12  years 11 months. But close enough.) I wrote this post on two separate occasions while in Europe but thought I would percolate on it a bit before publishing. Doug says it's too negative and only talks about the bad stuff. He's right. The annoying stuff is way more fun to write about. We actually DID have an amazing trip and even these *ehem* painful memories are starting to fade leaving only the good stuff. All the more reason to record this. (Truth in Blogging again!) 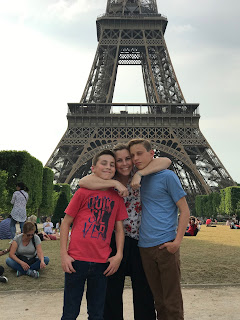 Three weeks ago
---
The thing about traveling with kids is, because you are going out of your way to entertain them in an extraordinary way--usually at great expense--you assume their fundamental personalities will fundamentally alter the minute you set foot outside your house.

But they don't.
If your kids were a couple of turds before your trip to Disneyland, odds are, if there is any standing or waiting* involved (which there obviously will be because I said Disneyland) their innate turdiness will come out.

(*And by "standing and waiting" I mean anything that isn't riding a high speed roller coaster. Turns out, this is true even in Europe when roller coasters aren't even an option.) 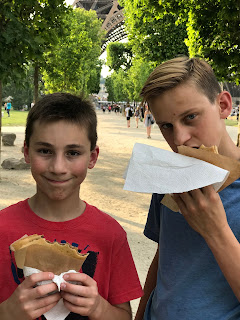 Such has been the case on what should be the most epic vacation of Max and Sam's relatively short lives.

Now, because we were in the Airforce stationed in Japan for three years, these kids have been on some cool vacations. But, due to their young ages when we lived over-seas, or possibly their obstreperous personalities, all the details of former trips are fuzzy or forgotten all together. 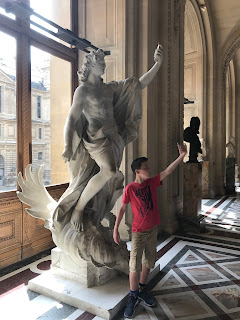 It might seem like I'm calling a lot of names here, but that's because I am on vacation with my kids.

Currently, we are in Paris, France. This is my third visit. Doug's second, and Maxwell and Samuel's first visit. 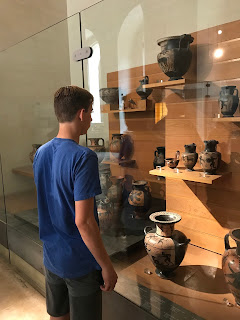 We arrived yesterday and here are some of the things that have already dripped from my ruby lips:


Stop shoving him.
Stop touching him.
Stop teasing him.
Stop.
Just stop!!
No.
No, you need to wait.
OBVIOUSLY NOT!
Just wait.
Get off that.
Dont open that.
Stop that!
Open that back up!
Be careful!
Watch out!
You're knocking people over with your backpack!!!
Why would you do that?
Slow down.
Come back!
SLOW DOWN!!!
Hurry.
Hurry up.
Catch up!!
HURRRRRRRYYYYY!!!

Here are some things I've heard from my little angels in response: 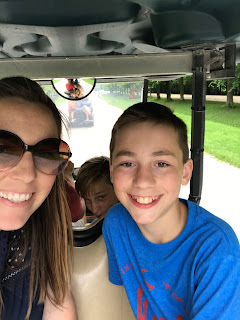 Speaking of games, smart phones, as I think we all realize, are a huge blessing and an even huge-er curse.

Max just recently inherited my old iPhone six which means Sam inherited my even older (first smart phone ever!), iPhone 4.
It has about a 24 minute battery life and can support 3 different games that are so out of date they still run.

Obviously, because we are us, these phones are heavily restricted and regulated. Max has limits on ages, ratings, and maturity levels. As well as no access to the internet nor the ability to install or even uninstall apps.
Sam's phone is just too old and slow to be fun so it self limits a lot.

However, this doesn't stop these phones from being more addictive than {insert a highly addictive drug of your choice} to a {insert susceptible consumer of your choice.}
{Being a Mormon with no experience in these things, I would pick maybe binky and baby which lacks sufficient literary umpfh--which is why I leave it to you...} 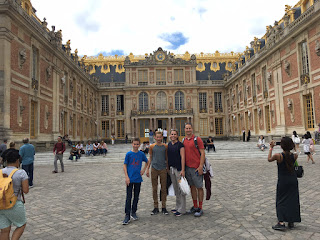 For the first two days of our trip, they were pulling their phones out every spare second.
"Oh, we're in a line?" Phone.
"Dad stopped to look at a map?" Phone.
"I'm not on a high speed roller coaster--just at the top of the Eiffel tower? So lame!" Phone.

Talks, turning to lectures, turning to threats, didn't work. Phones kept coming out for "pictures" and staying out for games. I'm not trying to be a jerk, I just think maybe the games can wait and they should take in the scenery on their first (and last) trip to Europe!
To be continued..PART 2