Doug and I had a lot of discussions about Christmas this year.  What do we want to get the kids?  What do we want Santa to get the kids?  (Parents can make special requests, ya know?!?)  We thought about it, and decided it would be awesome to have kayaks.  We've used them over the years and had lots of fun with them, but never had our own.  In Rhode Island we borrowed them from a neighbor and in Japan we could rent them easily and cheaply at Outdoor Rec on base.  Here, we don't have easy or cheap access.

So after the boys sent their letters to Santa, we sent one too--via Walmart.com.
Christmas morning, the boys alternated waking up super early and being sent back to bed--about a million times each.  At some point, Gabe went down stairs, saw everything and came back up to report what everyone was getting.  Serves us right for not getting up at 5 a.m.!

Regardless of the spoilers from Gabe, Santa really came through and the boys had a great morning! 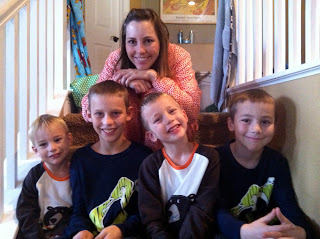 We figured the boys might not be as initially excited about the kayaks as us and we were right.  But it was okay.  They got excited for those later. 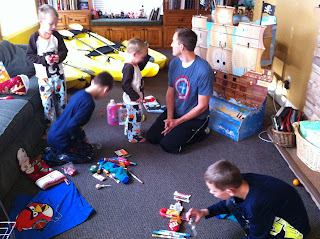 The boys love this awesome pirate ship/cupboard/shelf thingy.  My neighbor Lisa saw it at Costco and just KNEW the boys needed to have it and so she bought it for them.  What an awesome lady!
They love it and play with it daily. 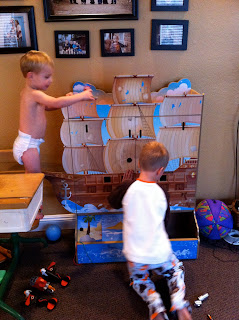 Doug says it's my dream come true because it's basically a boy doll house.  (It's true.  I love it.)
Other favorite gifts were lego sets, (of course) art supplies, and books. 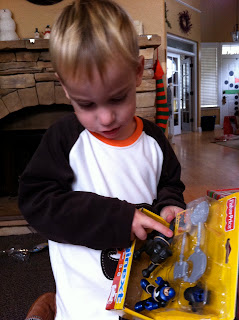 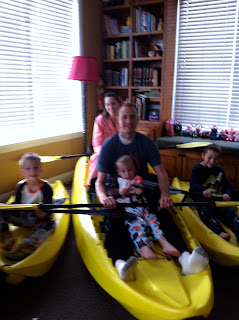 The kayaks got a whole lot more exciting when we took them to the pool.  The water was bitterly cold, but it was fine as long as you stayed on top of the water and not in it!

Over all, it was a really fun and relaxing day!!!  Merry Christmas!!!