We had a fun October with lots of Halloween celebrations:
School Costume Parade, 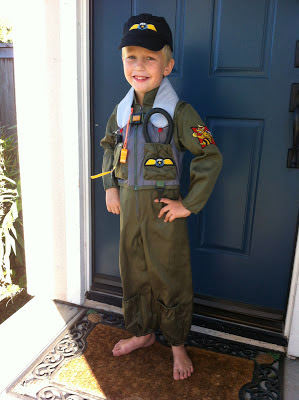 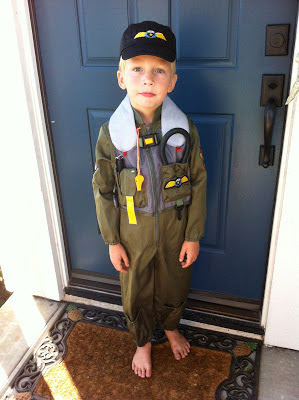 'Brick or Treat' at Legoland, (which Doug said was sorta lame) 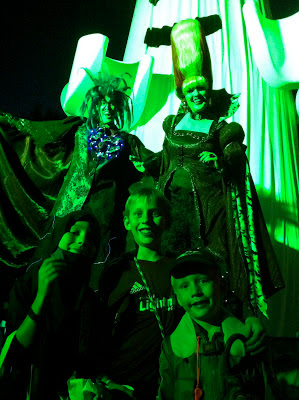 The ward 'Trunk or Treat', 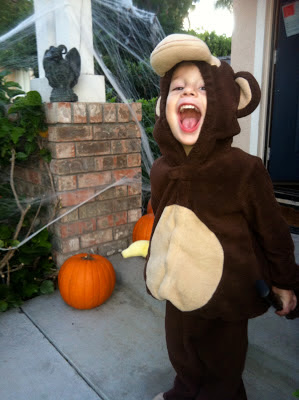 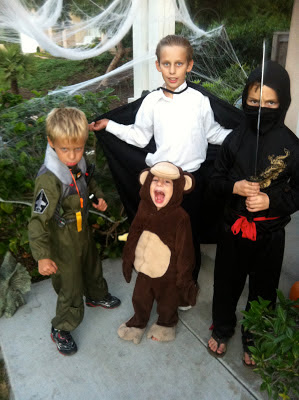 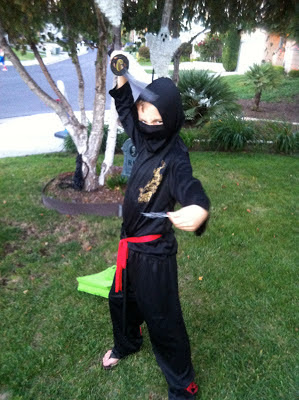 and our own party Halloween night with some fun neighbors, donuts, and cider. 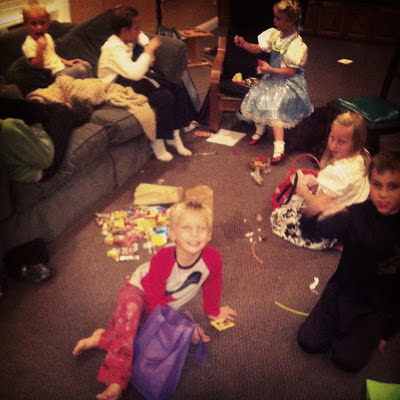 At least one kid ended up passed-out in a semi-sugar coma sooo...
I call that a success! 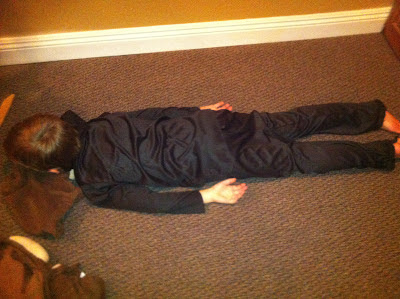 Good thing I bought the bike rack to keep our garage all organized and tidy!!! 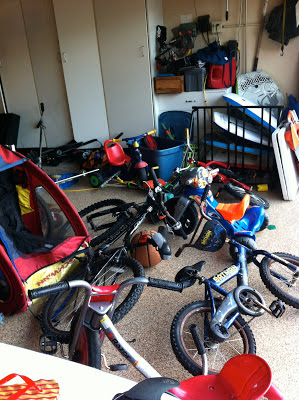 We moved in to this house a little over a year ago.

It has three bedrooms with a small loft that was converted into a fourth bedroom.  For the first time ever, we decided to be nice and let the three big boys have their own room.

That left Baby Gray.  We put him in our walk-in closet.

He was still in a crib at the time and needed somewhere quiet and dark to sleep.  Yes, it was a little weird having a baby in our closet, but it worked pretty well and everyone was happy.  (Of course there was no longer room to walk into the walk-in closet and it was sometimes impossible to get dressed due to sleeping baby, but whatever.)

Recently I've been wanting to change things up.  I've decided to turn Sammy's room into a dedicated guest room.  After quite a few rounds of guests, I'm getting sick of repeatedly deep cleaning and de-little-boy-odor-izing before anyone can set foot in that room.  And there was the incident of having to scrub boogers off the wall--I still have nightmares.*  (Sam was suitably lectured!)

So we stuck Sam back in Max's room (he's actually fine with it--that's where all the Lego's are) and put our Queen-sized bed in the guest room so the guests wont have to sleep on the Aerobed.

So Max and Sam are good.  The guest room is good.  That just leaves Gabe and Gray.

Well, Gabe now has two twin beds in his room so logic would dictate we just put Gray in the empty bed and call ourselves brilliant!  Unfortunately, it's not working.

Gabe claims Gray is too loud.  That he wakes him up.  That he can't sleep!

So poor Gray is back in the closet.  But he's not so in love with the closet and we have to put him to sleep on our bed, then transfer him to a crib mattress on our closet floor.

The last two nights, Gray has stayed in bed with me.  Doug has this horrible never ending death-cold-flu thing so he's been sleeping in the recliner so as not to cough all night.  Instead of bothering to move Gray to the closet, we've left him alone

This is what I've discovered:
a) Gabey is perfectly justified to NOT want Gray for a roommate and
b) What 2-year-olds dream about.

Turns out, Gray talks in his sleep.  No, he YELLS in his sleep.  Two nights ago, I was jolted from peaceful slumber into upright awareness when Gray started yelling, "NO GABEY NOOOO!  MINE GABEY MIIIIIIIIIIIIIINNNNE!!!"  A few soothing words and some patting got him to settle down, but I'm not going to lie--it was disturbing.

Last night it was "MASS!  MY TOON!  MY TOOOOOOOON!" (=Max, my turn!)
And a few intermittent random "NOOOO's!!!!" and "MINE's" scattered throughout the night just as I was drifting off from the last outburst.

Turns out, two-year-olds have nightmares about big brothers stealing their toys.

Gabe is off the hook.  I can't in good conscience subject him to that night after night.

He's going back in the closet.


*You don't want to visit anymore, do you?  Don't worry!  I sterilized the whole room and boiled my hands after!  The room is now boy and booger free!!!  I've sprayed the whole place with a mixture of Lysol and Febreze!  Also, I put chocolates on the pillow!  COME VISIT!!!
4 comments: