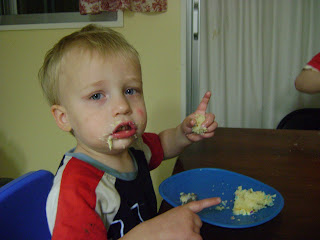 Two weeks ago...
Poor poor poor third child. Due to the fact that he had a horrible head cold, as did his brothers, his original party got cancelled and postponed. 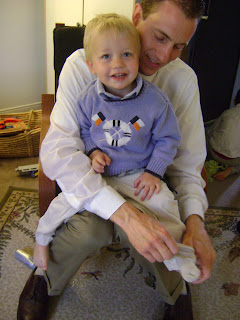 But that doesn't explain why I'm just getting around to blogging about it.
That would be because of the CAKE.
On Maxwell's second birthday, he got an awesome Santa cake. 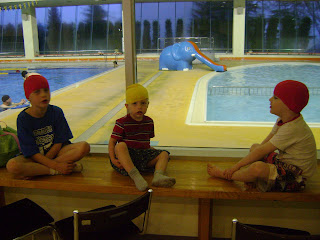 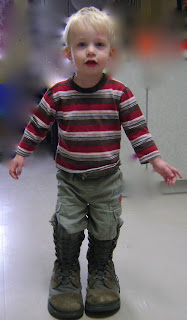 Some of Gabey's Favorites
Color: The only color he can say is "PoPo" (purple) but still, I'm going to guess red.  Or green.  GREEN!  Final answer.
Food: Bananas. Hands down. He'll eat 5 a day if I let him. In fact, he usually has two with his breakfast.
Parent: "MommyMommyMommyMommyMommyMommyMommyMommyMommy". I judge that shearly by the fact that he says my name more than any other word. All day, every day.
Sibling: I'm going to have to go with "Ahss" (Max) since he still refuses to try saying the name "Sam".
Animal: "GahGee" (Doggy.) What do you suppose the odds are of this kid having a few speech mis-articulations like his big brothers?
Items: Binky and Blanket aka DeeDee and Dee (Dee, by-the-way, is also Drink.)
Book: "Things That Go" by Usbourne
Activities: Jumping on the trampoline with his brothers, wrestling and reading with Daddy, playing at the sink with the water running, tubby time, standing at my feet whining to be picked up. 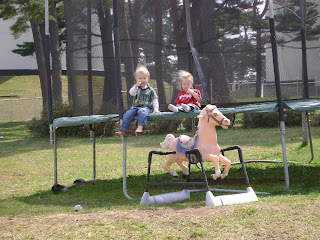 We sure love you Gabey Baby!
Thanks for being such an adorable kid!