Trip to Toys R Us in Hachinohe, Japan

It takes about 30 minutes to get to Hachinohe.  Longer if you make any detours.
First stop:  The beach... (Doug ran down to the water and then back to the car.  He has needs too, ya know.) where we acquired four neat-o shells...
...then we had to swerve off the road to get a shot of this super cool house.  Wealthy plantation owner perhaps? 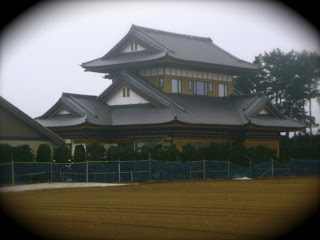 Next stop:  Lunch at the newly opened 100 Yen Sushi in Hach.  The boys really needed some chicken nuggets (and mandatory cucumber rolls).  I like the tempura shrimp rolls.  YUM! 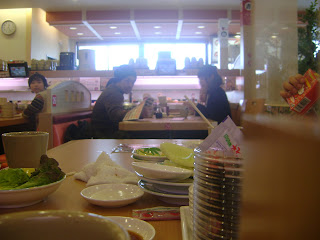 Two and a half hours later, we finally made it to Toys R Us.

Where many wonderful surprises awaited us. 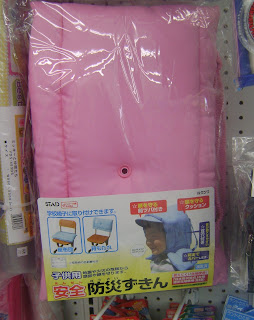 I believe these constitute some sort of flare (You learned all about flare on Katie's Blog, right???) since they seem to be made to dangle. Only, these flare are only for the Hard Core who want to be cute:  (I should have gotten me one.) 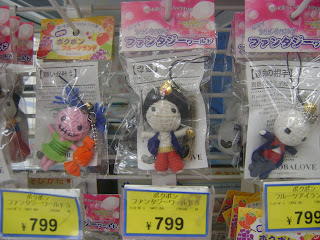 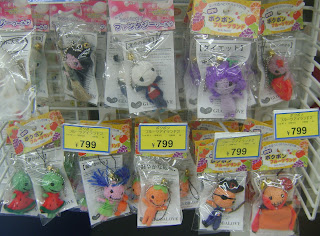 Remember Sylvanian Families from when we were kids?  I don't either.  But Gabe evidently digs 'em. 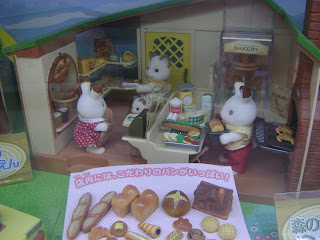 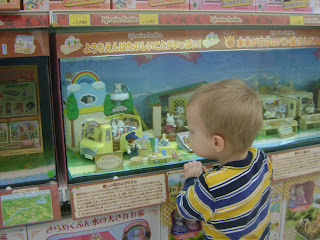 Every little girl dreams of having her own rice cooker.  And now she can!!!  (I thought the sunny-side up egg was a nice touch.  It's a very common garnish around here.) 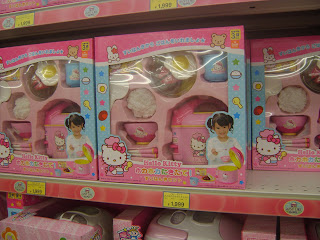 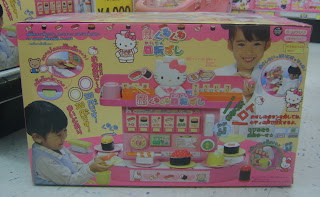 I just thought this little kid in his olive green three-piece suit was super cute.  (That's 'kawaii' to you!) 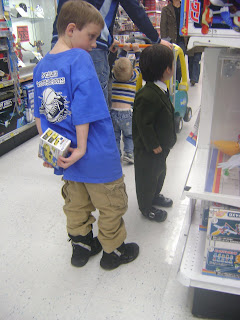 And finally, if only I were a woman with disposable wealth, I could have made all of my wildest dreams come true...with Mango flavored KitKat!!! 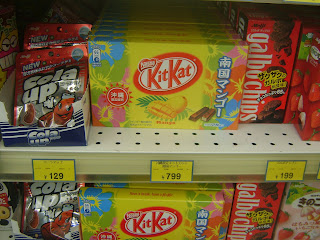 Okay, so I'm not actually a huge mango fan.  But still...awesome, no?  Just not quite $8 awesome.
Ah well.
Life is good in Japan!

Email ThisBlogThis!Share to TwitterShare to FacebookShare to Pinterest
Labels: Living in Japan

That Hello Kitty Sushi kit is SO AWESOME.

I'm commuting in with my husband this morning, so I read this to him. We totally want Hello Kitty Sushi!

Tell Dougy that a real man can hold it!!!!

The Hello Kitty Sushi kit is the coolest toy I've seen in a long time! You guys are having so many fun adventures over there.

Daren would totally spend eight dollars on a mango flavored kit kat!Yeah,Carlsbads cool but Japan rocks it's like a whole new world (like that Disney song from Aladdin or something )